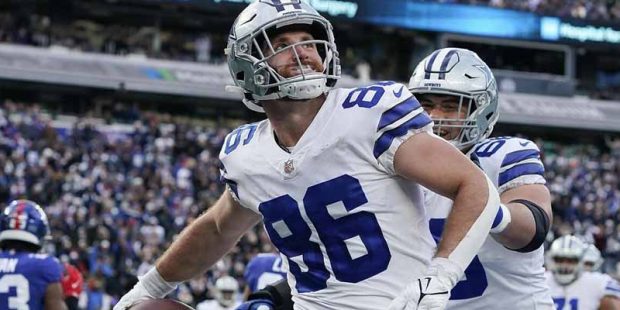 Now that 14 of the 32 teams in the NFL can advance to the postseason, the playoffs are an easier destination than ever before. This season, we had some surprises, as Philadelphia snagged a wild card out of the NFC, as did Pittsburgh in the AFC, as several of their rivals had to collapse late to do so. The Cincinnati Bengals not only won the AFC North but knocked off the Kansas City Chiefs on the road to make it to their third Super Bowl. This coming season, there are some teams that obviously will miss the playoffs (yes, Houston, Detroit and the Jets, we’re talking to you, and you’re not the only ones).

However, which self-styled contenders will miss the playoffs this year? Read our thoughts as you plan your NFL sports betting for the coming season.


NFL News: Which Teams Will Miss the Playoffs in 2022?

The Dallas Cowboys won the NFC East last year with a 12-5 record. However, they took an ugly loss at home against San Francisco in the divisional round and failed to advance to the NFC Championship for the 26th consecutive season. If we look more closely at their record, we see that they went 6-0 against division opponents but just 6-5 against teams in other divisions. A very fortunate overtime win in New England was one of those games – as was a rout at home at the hands of the Denver Broncos. A late-season loss to Arizona was another surprise, given how poorly the Cardinals played down the stretch.

In free agency, Dallas lost O-lineman La’el Collins to Cincinnati and pass rusher Randy Gregory to Denver. They traded Amari Cooper, one of their top two wide receivers, to Cleveland and got, basically, nothing. Once again, Dallas was fighting the salary cap, and the end result is a team that is not as good this year. The New York Giants drafted Evan Neal and Kayvon Thibodeaux, and they have Saquon Barkley back (they still don’t have a legitimate starting quarterback, though). Philadelphia acquired wideout A.J. Brown from Tennessee, and Nakobe Dean and Jordan Davis joined the Eagles’ front seven on defense. James Bradberry adds depth in the secondary. The Washington Commanders added Carson Wentz at quarterback, where he finds a solid O-line, a wide receiving group that includes Terry McLaurin, as well as a stiff defense.

So it would not be a surprise to see Dallas go 4-2 or even 3-3 in the division. If they still go 6-5 outside the division, that would leave them at 9-8 or 10-7. Their non-division schedule has them facing the NFC North, the AFC South, Cincinnati, Tampa Bay, and the Rams. I have them going 4-7 in those games, which would leave them at 8-9 or 7-10…and out of the postseason.

The Tennessee Titans won the AFC South with a 12-5 record and clinched the bye in the AFC with the conference’s best record. However, when they hosted Cincinnati in the divisional round, they got upset on their home field. In the offseason, they traded their top player, A.J. Brown, to Philadelphia, for a first-round draft pick. They used that pick to draft wide receiver Treylon Burks, who looks like a future Brown.

Tailback Derrick Henry had a foot injury that kept him out of most of the regular season last year. He returned for the playoff game against Cincinnati, but he did not look 100%, and he was not enough of a difference-maker for the Titans to win.

It is worth noting that Ryan Tannehill has posted a 30-13 record as a starter since 2019, throwing 76 touchdown passes against 27 interceptions. However, we don’t know what Henry will be like coming back. Their defense needs an edge rusher, and if Henry is not his dominant self, this is not an offense that will run anyone off their home field.

A real question is what Matt Ryan will be able to do in Indianapolis. If he looks lost under pressure and makes mistakes in key moments (while continuing to put up big numbers in garbage time) like he did in Atlanta, then the Colts will have another season of frustration. They have an elite tailback in Jonathan Taylor. They have solid wide receivers, and their defense is elite. They just need a quarterback to take them to the next level. If Ryan cannot do that, then the division is open for the Titans to win again. I think Ryan has at least a serviceable season, and the Colts end up edging the Titans out of the playoffs.