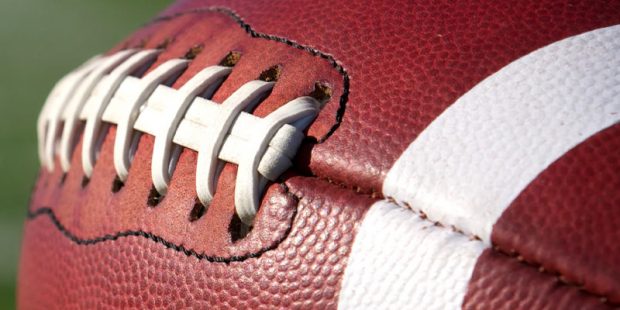 The 2022 college football season starts with some intriguing matchups, such as Oregon-Georgia, but in many cases, the second week of the season is reserved for FBS powerhouses taking on FCS programs, swapping a big check in exchange for the opportunity to deliver a beating and work out some kinks in the process. Even so, there are some exciting matchups in the second week of the 2022 college football season for you to consider adding to your College Football betting lineup.

The last time these two schools met on the football field was the BCS Championship back in 2010, which was Nick Saban’s first national title with the Crimson Tide. Texas has tailback Bijan Robinson back, and Quinn Ewers could be the starting quarterback after transferring in from Ohio State. Can they dent that stout Alabama defense?

The biggest problem for Texas in this game is that they don’t measure up in the trenches. Over the course of the game, the O-line and D-line for Alabama will take control and grind out the rhythm. Alabama comes in as an early 15-point favorite, and given the Longhorns’ 5-7 campaign in 2021 (which included an overtime loss to Kansas), this isn’t really a surprise. I think Texas keeps things close in the first quarter, and perhaps even the first half, but I see the Tide pulling away in the second half.

The Pitt Panthers had an historic 2021, posting an 11-3 record and winning the ACC Championship. Their offense thrived with quarterback Kenny Pickett, who is now in the NFL with the Pittsburgh Steelers. They won down in Tennessee last year, 41-34, but even though Pickett is gone, the Panthers could be dangerous again this year. Kedon Slovis has come to Pitt through the transfer portal from USC, where his three seasons showed a markedly downward trajectory, leading to his benching last season in favor of Jaxson Dart. He did throw for 3,500 yards and 30 touchdown passes as a freshman at USC, though. Jordan Addison, the team’s top wide receiver, also left, along with Melquise Stovall, Taysir Mack and Shocky Jacques-Louis, which means that the whole wide receiver corps is basically new. Pitt’s top three tailbacks are al back, so new OC Frank Cignetti Jr is more likely to rely on the run first. On defense, Habakkuk Baldonado (nine sacks) and Caijah Kancey (seven sacks) both return.

Tennessee is a three-point favorite in most of the books offering action on this game at this time, interesting given that the game is in Pittsburgh. The Volunteers have an explosive offense; they even put up 24 points on Alabama and 17 points on Georgia (both losses). They scored at least 45 points in wins over Missouri, South Carolina, Kentucky, South Alabama and Vanderbilt. They also scored 45 points against Purdue in the Music City Bowl but lost in overtime. If their defense is still porous, this is a game that Pitt could win despite the new personnel on offense.

The first three years of Herm Edwards’ tenure at Arizona State went well, but then last summer brought chaos in the form of an NCAA investigation into alleged recruiting violations. Over the next few months, both coordinators resigned, and the school fired the secondary coach and the wide receivers coach. At the end of the season, 17 players left via the transfer portal, including some of the team’s top performers, including quarterback Jayden Daniels, who is now at LSU. Top tailback Rachaad White is gone, as is the team’s top tight end and three starters from the O-line. Xazavian Valladay, who led the Mountain West in rushing the last three seasons, has arrived, along with tight end Messiah Swinson from Missouri, and a host of offensive linemen. The wide receiving depth chart is still a problem, with inconsistent Elijhah Badger sitting at the top as of this writing.

Oklahoma State beat Oklahoma, Texas and Baylor last year, although Baylor beat Oklahoma State to win the Big 12 and keep the Cowboys out of the College Footbal Playoff. Quarterback Spencer Sanders returns after his Fiesta Bowl MVP turn in a win over Notre Dame. The Cowboys took hits on the offensive line, with two starting positions still up in the air. Tailback Olie Gordon, a four-star prospect, came as an early enrollee and could be the featured back. The defense was ironclad last year, but six of the top eight tacklers are gone, and DC Jim Knowles is now at Ohio State. Derek Mason came from Auburn to take the coordinator job and has left much of Knowles’ system in place, so stability there is a bullet point. At this point, I like the Cowboys to win, as the instability in Stillwater is much less than what we saw at Arizona State.