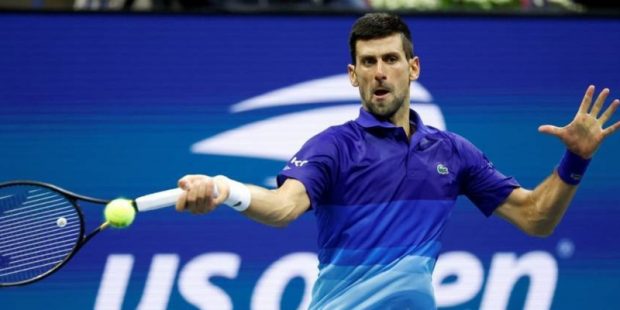 The biggest question mark hanging over the 2022 U.S. Open is the status of Novak Djokovic. The 2022 Wimbledon champion missed the Australian Open and is likely to be denied entry to the United States as a non-citizen who has not been vaccinated against COVID-19. Even so, many of the sports betting outlets have posted odds for Djokovic in the U.S. Open men’s singles draw, as Djokovic has entered the tournament in the hopes that U.S. President Joe Biden will authorize a special visa. This has led to a battle between Racquet Magazine and Djokovic’s wife, Jelena, as the magazine tweeted its annoyance with Djokovic refusing to take a stand on vaccines by withdrawing in a timely manner from the tournaments, instead of waiting for the draws to be made and not appearing, disrupting the tournament’s flow. Jelena Djokovic has suggested the magazine should report on tennis rather than politics, so there will be plenty of drama once things get going at Flushing Meadow. We have the updated Tennis odds in the men’s singles draw, as well as some of the other news items that have come out ahead of the tournament.


Nick Kyrgios has emerged as an interesting value pick for the U.S. Open. He made a huge run at Wimbledon, getting all the way to the final, where he took the first set from Djokovic, only to drop the next three. Because Wimbledon was stripped of its points due to the All England Club’s decision to ban Russian and Belorussian athletes (because of the war against Ukraine), Kyrgios gets no benefit in the rankings from that stellar run. He currently sits ranked #37 – outside the seedings for the top 32 at the U.S. Open. He would still need to climb the standings to snag a seed in the draw. Despite the fact that Kyrgios followed up that run with a win in the Citi Open in Washington, D.C., Kyrgios might not get a seed. If his Wimbledon points counted, he would be ranked #15 in the world, and #10 in the ATP Finals standings. Kyrgios beat Yoshihito Nishioka, 6-4, 6-3, in the finals of the Citi Open. He is set to play in the Canadian Open and in Cincinnati, and both tournaments will give him an opportunity to increase his ranking. However, the more he wins, the less value there will be in a bet for him to win at Flushing Meadows, as his odds will decrease.

On the women’s side, Serena Williams dropped a bombshell on the tennis world after beating Nuria Parriza Dias, 6-3, 6-4, at the Canadian Open. At the age of 40, Williams won her first singles match in 430 days. When asked what keeps her motivated now that she is in her forties, Williams noted that the knowledge that she will retire soon is what keeps her going. Her quote, “I guess there’s just a light at the end of the tunnel” suggests that her career may be winding down, and many are speculating that she will retire in front of her U.S. fans after her last match at the U.S. Open. With 23 Grand Slam titles under her belt, you can imagine that there will be plenty of betting action on her to make it 24. I’m not sure I would jump on that bandwagon with a lot of money, but if the value is right, it could be an intriguing dark horse pick in a sport that rarely features consistent winners.