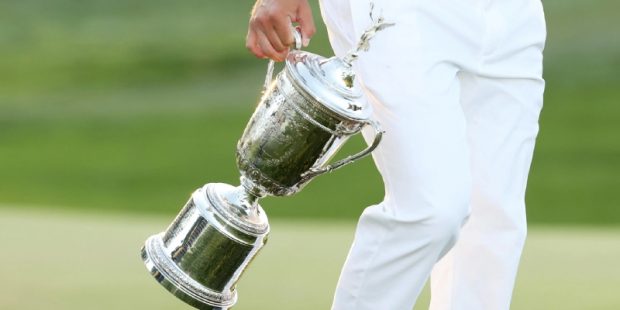 We are nine days away from the start of the 2022 U.S. Open, set for The Country Club in Brookline, Massachusetts. One of the most significant headlines in the last couple of days has been the announcement by Phil Mickelson that he intends to take part in his first major championship of 2022. He opted out of the Masters and the PGA Championship after the firestorm that he started with controversial comments about the Saudi backers of the LIV Golf Invitational Series. He joined this new organization on Monday, leaving the PGA Tour behind and collecting $200 million in the process. How will the PGA Tour respond? We will see. Read on for more information that could influence your U.S. Open betting on golf’s third major of the year.

Mickelson is not alone in departing the PGA Tour for LIV Golf, as Dustin Johnson followed him in signing up with LIV Golf. Johnson joined the PGA Tour in 2008 and made his announcement at the opening news conference for the first event LIV Golf will put on, at Centurion Golf Club in London. Johnson had issued a statement in February indicating a commitment to the PGA Tour, but he has since changed his mind. Like Mickelson, Johnson also expects to continue to play in majors. At this point, while the PGA has indicated that it would bar players who play in outside events, the USGA, which controls the U.S. Open, has not taken a position on keeping LIV Golf players from its events. Johnson won the U.S. Open in 2017, so he has a ten-year exemption. He won the Masters in 2020, which also has him exempted into the PGA Championship and the British Open through the 2026 year.

Other golfers are pulling away from the PGA Tour and moving to LIV Golf, including Sergio Garcia, Charl Schwartzel, Branden Grace and Kevin Na. At this point, Johnson would be ineligible for the Ryder Cup, as players need to be affiliated with the PGA of America to get a spot. However, if more top players move to LIV Golf, that could likely change as well.

Tiger Woods did play at The Masters in April, making the cut before slipping a bit over the weekend. He also appeared at the PGA Championship in May at Southern Hills. He made the cut but then had a tough Saturday, posting a 79 in cold weather, and he withdrew because of physical pain. He will return for the British Open, which returns to the St. Andrews Old Course in July, but he will not play in the U.S. Open, as he feels like he needs to get stronger to play for a major. In a statement, he said that his next tournament will be the JP Pro Am in Ireland, ahead of the British Open.

If you’re curious about some of the darker horses in the field, check out Fran Quinn. He made the U.S. Open in 2014, and his teenage son was his caddie. This time around, he and his son were both in the final stage of qualifying, but only the elder Quinn made it. Now 57, Quinn played in the 1992 U.S. Open, which Tom Kite won. Quinn made it through in an 8-for-3 playoff. Ironically, Quinn had missed out on qualifying for the U.S. Senior Open. His son, Owen, was just one shot back of his father after the initial 18 holes, but after that, he slid to a 74 and was six shots out of qualification. The Quinns were playing in qualifying events that offered a combined 49 slots to fill up the 156-man field.