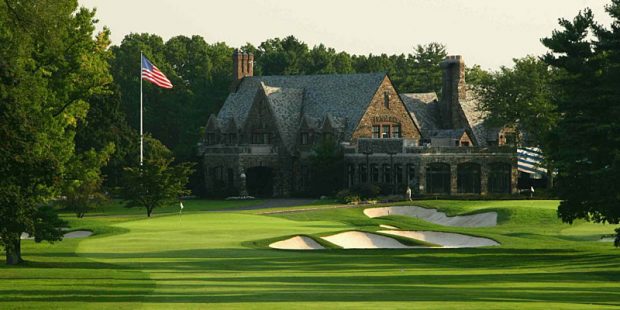 Golf is not normally a sport that involves a lot of brash talk, but that changed on Sunday, as Rory McIlroy threw some shade on Greg Norman after winning the RBC Canadian Open. That made McIlroy’s second straight win, giving McIlroy 21 career PGA Tour victories. Norman, the commissioner of the Saudi-backed LIV Golf Tour, finished with 20 wins for his career. The PGA Tour has suspended Phil Mickelson, Dustin Johnson and other players who have signed with the LIV Tour, although LIV players who are exempt for the U.S. Open may still play this weekend. PGA Tour Commissioner Jay Monahan had this to say after McIlroy’s win: “I would ask any player that has left or any player that would ever consider leaving, have you ever had to apologize for being a member of the PGA Tour?” The LIV Golf Tour, of course, is backed by the Saudi government, which has also been linked to funding the 9/11 terrorist attacks and the slaying of Washington Post journalist Jamal Khashoggi. So there could be plenty of fireworks at The Country Club in Brookline this weekend. Take a look at other updates that might influence your US Open betting choices for this weekend’s U.S. Open.

With the return of Phil Mickelson to golf after a four-month absence that began after Mickelson made some poorly chosen remarks about LIV Golf Tour, it made sense that questions would come up ahead of the U.S. Open. He has taken tough interview questions from reporters twice in six days about his decision to move to the LIV Golf Tour; he is one of 17 players who have been suspended by the PGA for moving to that tour. His deal with the Saudis brought him a reported $200 million, and so reporters wanted to know where that money came from. Questions also included a letter that he and the other LIV Golf players received from the families of 9/11 victims denouncing their choice, as 15 of the 19 hijackers on 9/11 came from Saudi Arabia. Mickelson responded, “I would say to everyone that has lost loved ones, lost friends on 9/11 that I have deep, deep empathy for them. I can’t emphasize that enough. I have the deepest of sympathy and empathy for them.” He took every question from reporters in his first appearance at Brookline, so it will be interesting to see if the drama fades as the competition heats up this weekend.

Jon Rahm will return to defend his U.S. Open championship, as he won his first major in this event in 2021. Only two golfers in the last 50 years have won the U.S. Open in two consecutive years. Rory McIlroy has not won a major since 2014, but he has cracked the top 10 on 15 different occasions in the interim. Scottie Scheffler would become only the sixth golfer ever to win the Masters and the U.S. Open in the same year. Ranked #1 in the world, he has four victories already in 2021, including that win at Augusta. Justin Thomas won the PGA Championship in May and heads to Brookline looking to win consecutive majors. As we previously reported, Tiger Woods will not enter the field as he continues to work on building the strength he needs to walk four rounds of golf in four days while playing at an elite level.

There will be 156 golfers in the field to start Thursday. Of those 156, 89 were exempt, and 66 made it in through qualifying. The last spot would have gone to the RBC Canadian Open winner if that player had won another PGA Tour event in the last 12 months but was not otherwise qualified. Since Rory McIlroy won it, though, this goes to the next person on the alternate list. This means that a 67th qualifier will make it into the tournament. Any amateur with a handicap of 1.4 or less can play in local qualifiers to get in. The odds are long, though; between 2016 and 2021 (excluding the COVID-restricted year of 2020), 46,605 golfers entered to qualify, and 23,687 of them were amateurs. Of those 23,687, exactly 23 amateurs made it into the tournament.