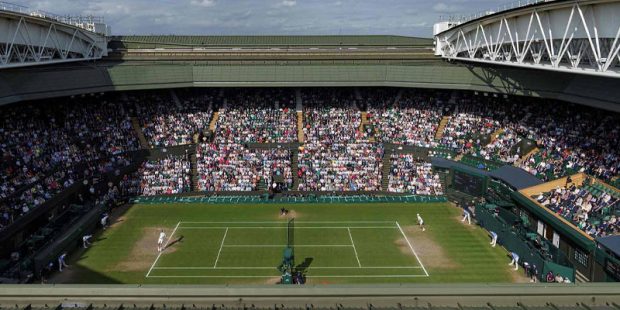 We’re set for the first round of Wimbledon, the only tennis major to be played on grass. On the women’s side, Iga Swiatek comes in as the heavy favorite to win the singles title after her dominant win at the French Open. On the men’s side, Novak Djokovic looks to make it four in a row. Let’s take a look at the Tennis Odds in both brackets as well as some sports betting insights for you to consider.


Novak Djokovic is the heavy betting favorite despite having a disappointing 2022 so far. His record this year is just 16-5, with his last competitive match coming in a quarterfinal loss to Rafael Nadal at the French Open. Djokovic sat out a warm-up tournament ahead of Wimbledon to rest, but remember that Djokovic also missed the Australian Open because of COVID-19 vaccination requirements in that country. His only title in 2022 is the Italian Open. Rust shouldn’t be an issue, because he has historically picked up his game at Wimbledon. Does he represent enough value for the risk, though?

Matteo Berrettini won the warm-up tournament at the Queen’s Club, becoming the only player in the Open Era to win his first two appearances in that tournament. He also won the Stuttgart Open in June, giving him two wins in two grass tournaments this year. He is 20-1 on grass since the beginning of 2021. His only loss? The 2021 Wimbledon finals, where he fell to Djokovic in four sets. He’s an intriguing value pick because of his dominance on the surface and because of the setbacks Djokovic has faced this year.

Rafael Nadal has 22 Grand Slam titles, but 14 of those have come on the clay of Roland Garros. He has won Wimbledon twice, but he had to deal with a painful foot injury, getting numbing shots just about every day during the tournament, and he said after his win that he would not use that regimen going forward. Nadal has incredible willpower, but it’s hard to see himself fighting through another bracket.


Serena Williams is ranked 1,204th in the world but sits fourth in the odds list. Why? Because of her history. If she could win at Wimbledon, it would tie her with Margaret Court for the most Grand Slam wins vor any victory. She got to the finals at both the U.S. Open and Wimbledon in 2018 and 2019, but she lost all four times. She had to withdraw in the first round at Wimbledon in 2021 and had not played until she won a doubles match on grass this past week. She was granted a wild-card invite, and now that she is three months away from turning 41, this could be her last shot to win major #24. I’m not sure the current odds offer enough value, even though a Williams win would be a compelling story.

Iga Swiatek has won 35 matches in a row. Just 21, the Polish star comes in as the heavy favorite, even though she has never gotten past the fourth round as a pro player at Wimbledon. Moving to grass is a bit different, with players moving more toward the serve-and-volley approach, and the women’s side of tennis has been less predictable than the men’s in recent years (hence the longer list of possible contenders). Swiatek is a smart pick, and she offers a lot more value than the men’s favorite.