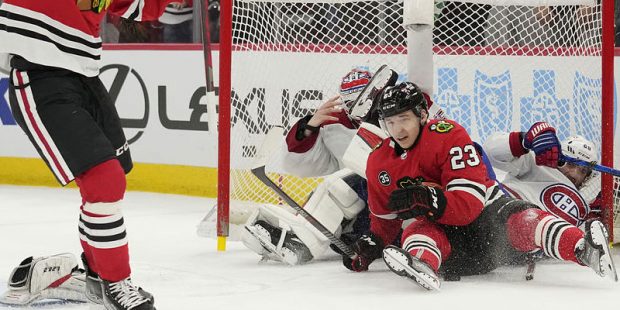 The Minnesota Wild, just a few weeks ago, were one of the rising darlings in the NHL standings. However, they have posted an unsightly 2-8-0 stretch over their last ten games, thanks in large part to problems in goal. In each of those ten games, Minnesota has permitted at least three goals, with Kaapo Kahkonen and Cam Talbot allowing 9.73 goals above expected during that stretch. The Dallas Stars are on the rise, with a 14-5-1 record in their last 20 games, moving from the depths of the Western Conference into the edges of the playoff conversation. As we get closer to the Stanley Cup playoffs, which teams are likely to get into the tournament? Don’t miss our thoughts as you think about online betting on the NHL postseason.

NHL News: Which Teams Are in the Playoff Hunt?

continues their hot play, thanks in large part to the work put in by Elias Lindholm, who has eight points in the last four games while playing on a line that might be the best anywhere right now. When the Flames are playing at five-on-five, Calgary scores 58.6% of the expected goals. It’s tough to lose when you’re scoring that much.

might actually have two different Norris Trophy candidates, as the team is good enough to have two possible league MVPs. Cale Makar is the one who has been getting all of the press, but Devon Toews has scored 43 points in 45 games, and when he is on the ice for five-on-five situations, Colorado scores 56.85% of the expected goals.

still has an all-world offense, as we saw when they buried the Detroit Red Wings, 6-2, in one of two big wins this week. In that win, they put up five goals in a row to turn what had been a close game into a laugher. The Red Wings are far from the only team to go through that experience this season.

is getting a huge season out of Victor Redman, who chipped in three assists against Chicago to get up to 56 points this year, his highest total since 2017-18. When Hedman has been on the ice, the team has a +11 goal margin at five-on-five.

got some good news when Martin Necas ended a goal drought that had lasted since January 15. He put in the winning goal in the last 10 minutes of the third period to lead the Hurricanes past Seattle.

has seen Sidney Crosby post points in 13 of 14 games since January 28, tallying 20 points overall. He has played in significantly fewer games than a lot of his teammates, but he still ranks third on the team with 9.67 expected goals when skating five-on-five.

have gotten 38 goals out of Chris Kreider, who is already 10 ahead of his career high thanks to four goals in his last three contests. The 50-goal mark is easily within reach as Kreider continues a breakout season.

sits in fourth in the Atlantic Division, right behind Toronto, but escaping the wild card means facing Florida or Tampa Bay in the first round, so is catching the Leafs worth it?

beat Washington but then lost to Buffalo and Vancouver. Petr Mrazek and Jack Campbell both saw time in net this week, but neither looked particularly good. Will the Leafs add a goalie before the trade deadline?

got hat tricks out of Jason Robertson in consecutive games, as he has seven goals in his last three contests. He is nearing 30 goals in his second season, and he could be a reason why Dallas escapes their typical crater pattern at the end of regular seasons.