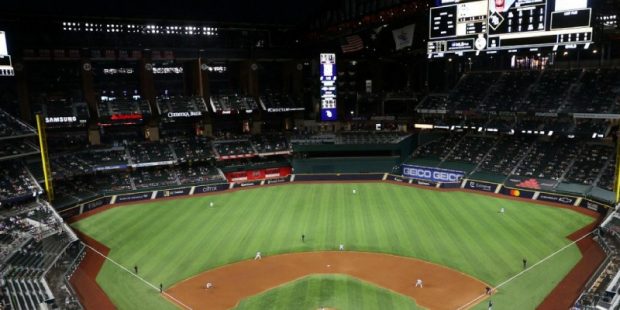 The biggest transaction at this year’s Major League Baseball trade deadline sent Washington Nationals star Juan Soto west to join the San Diego Padres, along with Josh Bell, for a truckload of prospects. Soto was a key member of Washington’s World Series championship team in 2019 but had been demoralized this season, hitting just .246 (almost 50 points below his career average) at the time of the trade. He had watched the team deal away just about every other solid player from that championship run and is now revitalized to play on a team that has real championship potential. Padres pitcher Nick Martinez, who was wearing Soto’s #22 before the trade, attempted to get Soto to buy him a fishing boat for the number, but Soto got him to settle for a “really nice watch.” The Padres shot up the MLB betting odds list to win the World Series as a result. Check out the updated numbers, as well as our thoughts after the trade deadline.


The Dodgers are still the favorite, although their edge on the odds list narrowed a bit. They made a bit in the Juan Soto sweepstakes but lost out to their division rivals. They decided to bite on Joey Gallo and added Chris Martin to the bullpen. However, they did not add an arm to their starting rotation, where they could have used some help. The rotation does lead MLB in ERA, and Walker Buehler could return later this season. Dustin May, who had Tommy John surgery 15 months ago, has pitched solidly in his rehab outings and could contribute, so this could be a team that has enough hurlers as it is.

The Yankees added Harrison Bader and Andrew Benintendi to get some needed outfield depth and brought in one of the top pitchers available at the deadline in Frankie Montas. They dealt Joey Gallo to the Dodgers and Jordan Montgomery to St. Louis (where Montgomery promptly doused the Pinstripes with a shutout pitching performance). The Yankees are 70-36 but went just 13-13 in July, so there were some needs to meet.

Houston has to love the throwback performance of Justin Verlander. He has a 15-3 record with a 1.73 ERA after blanking the Cleveland Guardians over six innings, scattering two hits and a walk while striking out five, and he leads the American League in wins and ERA. Along with Shane McClanahan, Dylan Cease and Shohei Ohtani, Verlander is one of four pitchers in the Cy Young conversation.

The Mets didn’t do much ahead of the deadline. They added Darin Ruf to platoon at DH, as he has an .886 OPS against left-handed pitching, and they added Mychal Givens to the bullpen after he posted a 2.66 ERA with the Cubs. They also added outfielder Tyler Naquin and DH Dan Vogelbach. That makes a nice DH platoon, which they needed after getting disappointing results out of that spot in the order. Jacob deGrom returned last Tuesday, hitting 102 on the radar gun and permitting one run over five innings, striking out six against the Nationals.