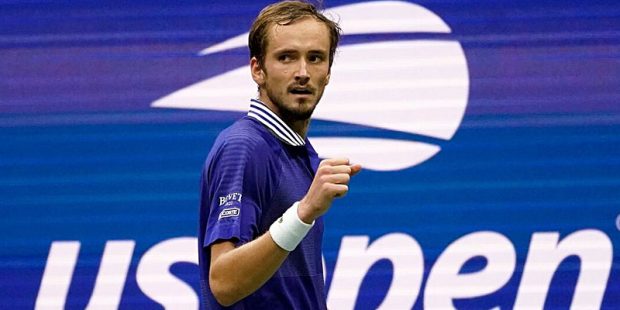 Serena Williams advanced to the second round of the U.S. Open women’s singles draw, as she looks to take one more Grand Slam title before what sounds like retirement. In the men’s singles draw, Rafael Nadal would love to tie Williams’ record of 23 Grand Slam titles. The defending champions, Daniil Medvedev and Emma Raducanu, are back and ready to defend their titles. Medvedev is the current sports betting favorite, just ahead of Nadal, while Raducanu is a dark horse at this point. The favorite is Iga Swiatek, who has dominated women’s tennis this year. Let’s take a look at some US Open betting opportunities that await you as far as wagering on this event goes.

Whose chances of winning the singles championship are the best?

Iga Swiatek was playing transcendent tennis until the end of the French Open. Given her iron grip on Grand Slams this year, she is the right favorite. However, let’s remember that women’s singles is a much more wide-open event than men’s singles, where it is a surprise when someone not named Nadal or Djokovic snags a title. On the women’s side, Coco Gauff certainly seems due for a long run.

On the men’s side, Medvedev returns with the experience of a championship at Flushing Meadows. He has made at least the semis of three consecutive events, and he also made the finals of the last two Australian Opens – a tournament that also takes place on hardcourt surfaces. Without Djokovic, the field really doesn’t have many players who can threaten Medvedev on this surface.

Should you bet on Serena Williams to win the women’s singles title?

Coming in, Serena had +5000 odds to win another singles title. Since she came back from injury at Wimbledon, singles tennis has been extremely frustrating for her. Winning the first round at the U.S. Open was a vital step. She could roll all the way to a title, or she could crash and burn in the second round. It’s an interesting dark horse scenario, to be sure.

What dark horse picks make the most sense?

Hubert Hurkacz is available at +5000 despite being ranked #10 in the world. At Wimbledon, , his odds were much shorter (+1400), but then he bounced out of the first round. He has a huge serve, so his game should be able to resonate. At Grand Slams, Hurkacz has not done all that well, but he is still an elite power player in tennis. In the ATP, he holds the world’s #10 ranking, and on hard courts, he should be able to make a bit of noise.

Maxime Kressy is an extremely dark horse, available at +40000. He has a serve-and-volley game that makes him unique on hardcourt. When his first serve is on and in, it can be impossible to beat him. However, if his rhythm is iffy, things can get ugly. He is fourth in the ATP in hold percentage and sixth in ace percentage over the last 52 weeks on hardcourt surfaces.

What other players should you consider?

Rafael Nadal withdrew from Wimbledon with an abdominal injury and got bounced in the first round of the Cincinnati Open. So he really is an enigma at the present time. Carlos Alcaraz is Nadal’s protege, and he will be the top player in the world soon. For now, he is just 19 years old, and he has never made it past a Grand Slam quarterfinal. In the North American hardcourt season, he has only posted a 2-2 record, and his quarter of the U.S. Open also has Hurkacz, Marin Cilic, Borna Coric and Jannik Sinner, so he has a gauntlet to survive. Nick Kyrgios has a difficult draw that could lead him into Medvedev in the Round of 16.