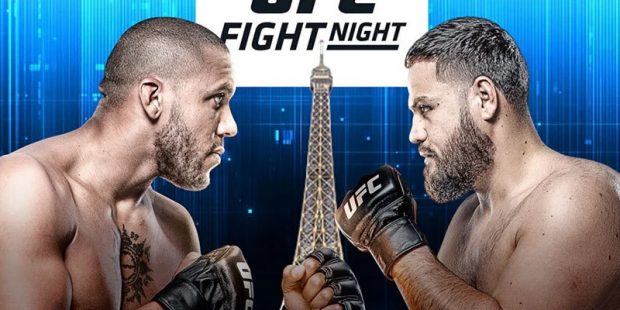 This week’s installment of UFC comes from the shadow of the Eiffel Tower, as Paris’ Accor Arena will host UFC Fight Night 209 on Saturday. This is the promotion’s first foray into France, where MMA was illegal until 2020. The headliner is a heavyweight tilt between Tai Tuivasa and one-time interim UFC Heavyweight Champion Ciryl Gane. The co-main event is a rescheduled middleweight fight between Marvin Vettori and Robert Whittaker. If you plan to include this evening’s events in your UFC betting for the weekend, check out the full fight card and our predictions for the fights at the top.

Ciryl Gane (10-1, 7-1 UFC, -540) vs Tai Tuivasa (14-3, 8-3 UFC, +420) is Gane’s next step toward another shot at the heavyweight belt. He came into the promotion in 2019, taking down Raphael Pessoa, Don’Tale Mayes and Tanner Bose easily in a span of five months. The next year was challenging, as a number of issues kept him out of the Octagon for just about all of 2020, but when he came back, he dealt with Junior dos Santos, Alexander Volkov, Jairzinho Rozenstruik and Derrick Lewis easily. The heavyweight division often has to do with stamina and knockout power, but Gane is an outlier due to his speed and reach. His power is lower than some of the other heavyweights, but his volume is high, which challenges his opponents. In his first title shot against Francis Ngannou, Gane was stacking up points with volume until Ngannou went to his wrestling, using his strength to force Gane into mistakes. This is his first fight since losing the title bout.

Tuivasa started out as a heavily hyped prospect to what some considered a bust, but now his star is back on the rise. He won his first three fights in UFC, including a pair of knockouts, and he got a headliner against dos Santos. However, dos Santos took advantage of Tuivasa’s lack of defense, and Blagoy Ivanov and Sergey Spivak exploited that vulnerability as well. Tuivasa walked away for a year to work on his approach, and how he brings patience and planning to the fight. Clinch work led to a first-round finish of Stefan Struve, and then he got walkover victories over Harry Hunsucker and Greg Hardy. In December, he knocked out Augusto Sakai in the second round and then bounced back for a February win over Lewis. Tuivasa could find a hole in Gane’s defense and deliver a knockout, but Gane could also absorb the pressure and then find openings once Tuivasa tires.

Robert Whittaker (23-6, 14-4 UFC, -230) vs Marvin Vettori (18-5-1, 8-3-1 UFC, +195) is Whittaker’s resumption of a march toward middleweight title contention. He joined UFC as a welterweight and ran into trouble, so he moved up in 2014 and has prospered since. His cardio and speed give him an advantage over the others at this weight class, and a 2017 victory over Ronaldo Souza that featured his wrestling skill indicated that he should get a title fight. He took the interim belt with a win over Yoel Romero. Two title defenses were scrapped before he met Israel Adesanya in Australia in 2019, and Adesanya made Whittaker’s aggressiveness look undisciplined, knocking him out in the second round. He took some time off before rebounding with wins over Darren Till, Jared Cannonier and Gastelum, winning with a greater level of sharpness. He got a rematch with Adesanya and lost, but the fight was much closer.

Vettori is also a title contender, who moved into the top tier of the division when he almost beat Adesanya in 2018. He beat Jack Hermansson and Kevin Holland easily in main events, showing his ability to dump offense all over his opponents, but he lost in one-sided fashion in his title shot against Adesanya. Vettori is too consistent in some ways, making him predictable – which also means that he is less likely to deliver a sneaky knockout. He bounced back with a main event win over Paulo Costa. Whittaker should be able to get around Vettori’s predictable attack and get the win.