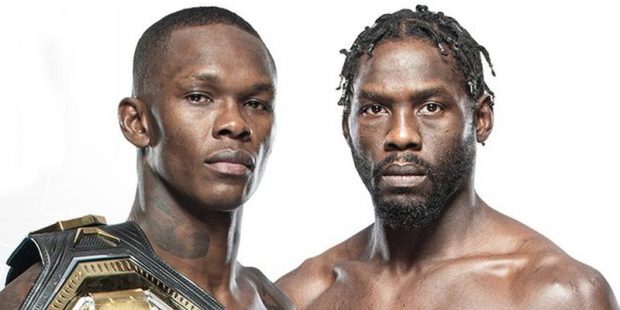 UFC’s 10th annual International Fight Week comes to a climax with UFC 276, live from the T-Mobile Arena in Las Vegas. Along with the 2022 UFC Hall of Fame Introduction, the week also features a UFC Middleweight Championship bout between Israel Adesanya, the current champion, and Jared Cannonier.

We also get a UFC Featherweight Championship fight between champion Alexander Volkanovski and onetime champ Max Holloway, as they resolve their trilogy. Volkanovski beat Holloway at UFC 245 to take the belt, and he defended his championship at UFC 251. Read on for the full fight card and our UFC betting thoughts on these two title fights.

Israel Adesanya (22-1, 11-1 UFC, -435) vs Jared Cannonier (15-5, 8-5 UFC, +350) is the latest title defense for Adesanya. His rise in UFC has been steady, as he debuted in February 2018 with a win over Rob Wilkinson. Wilkinson had control for most of the fight, but then Adesanya turned things around with a knockout. He improved his takedown defense before a fight with Marvin Vettori only two months later, and by the end of 2018, he had also beaten Brad Tavares and Derek Brunson, showing a more well-rounded game. He took the middleweight belt in October 2019 by basically running over Robert Whittaker. His first defense was against Yoel Romero, and he was lucky to win on the cards under a blizzard of strikes. When he moved up to light heavyweight to take on Jan Blachowicz fro a second belt, the pace was slow, and Blachowicz won easily. Adesanya has defended the title twice more since that setback, but in his fight against Whittaker in February, he was so reluctant to bring pressure that he almost lost on the cards.

Cannonier entered UFC as an undersized heavyweight and struggled before moving to light heavyweight, where he was serviceable, and then he found his division at middleweight. In his debut at that weight against David Branch, he was able to brush off Branch’s wrestling approach and knocked him out in the second round. On his way up the ladder, Cannonier beat Anderson Silva and Jack Hermansson, but Whittaker beat him easily on the cards. Cannonier followed that up with a five-round win on the cards over Kelvin Gastelum, and then he demolished Derek Brunson with ground-and-pound. Against Adesanya, Cannonier will have to take the lead, particularly with leg kicks, but avoid the temptation to deliver enough pressure to leave himself open for a big bomb from Adesanya. Neither fighter likes to go to the ground, so this should be five rounds of checking each other out and looking for cracks. Adesanya is the better fighter in terms of defense, so he is still the smart pick, but Cannonier definitely has a shot if he gets points for hard blows.

Alexander Volkanovski (24-1, 11-0 UFC, -195) vs Max Holloway (23-6, 19-6 UFC, +165) is going to be an entertaining fight. Holloway joined UFC 10 years ago, and after a few rough fights, he started an unbeaten run in 2014 that saw him look better with each bout. By the start of 2016, UFC was just throwing Holloway new opponents while Conor McGregor figured out how he wanted the classification to go. Holloway took down Jose Aldo in 2017 to win the title and then again in a rematch to defend it. He moved up to 155 pounds, falling to Dustin Poirier before easily beating Frankie Edgar, but then Volkanovski took his belt away. In their first fight, Volkanovski won unanimously, while the rematch was a split decision. In 2021, Holloway demolished Calvin Kattar in a boxing match that was so easy that Holloway was able to turn and talk to the announcer during strikes. In a win over Yair Rodriguez, Holloway got out his wrestling skills to get out of some early trouble, and his game looks complete.

Volkanovski beat Jeremy Kennedy, Darren Elkins and Chad Mendes to emerge as a contender, and then in 2019 he took down Aldo, using a striking approach that focused on feints, despite his reputation as a bruiser, and won on th ecards. Then came the wins over Holloway, and he has emerged as one of the elite fighters in all of UFC. He beat Ortega after coming back from a guillotine choke, and he outclassed the Korean Zombie from the get-go in April. This will still be a close fight, especially since Holloway has found a way to increase his volume. In a coin-flip situation like this, I’m going with the value.