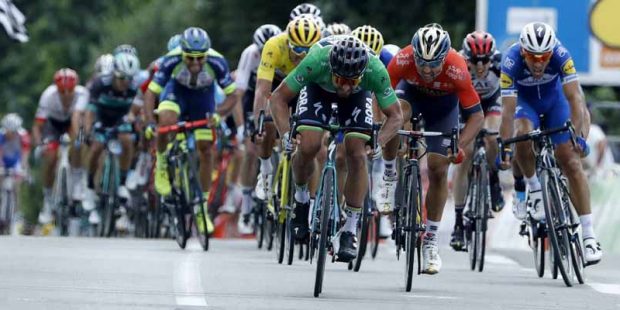 On Friday, the 2022 Tour de France got underway, starting in Denmark for the first time. The race features 21 stages over 23 days as the cyclists chase the most storied prize in their sport. Tadej Pogacar, the 23-year-old phenom from Slovenia, was the heavy favorite to win his third consecutive yellow jersey coming in. Primoz Roglic was the second betting choice, also from Slovenia. He won gold at the 2020 Toky Olympics time trial, but he left the Tour last year after Stage 8 due to injuries from a crash on Stage 3. A couple of intriguing sleepers include Geriant Thomas, who won the Tour in 2018, but the 36-year-old Welshman may be nearing the end of his competitive peak. Then there’s 37-year-old Chris Froome, the only cyclist not named Lance Armstrong to win at least three Tours (he has four titles).

Stage 5 is relatively short, running just 153.7 km. However, it is one that many riders not only anticipate but fear. Called the “Roubaix” stage, tomorrow’s run will include 11 sections of narrow road paved with cobblestone, totaling 19.4 kilometers. The two longest and toughest of these sections show up near the end of the race, where splits and crashes could bring real drama to the race.

The stage starts in Lille, running more or less southward before hitting the first section of cobblestones, almost at the halfway point. Then the cyclists get a break, with normal pavements, before turning back to the north and getting back into the cobbled pavement.

It is likely that an early breakaway will go clear, and it could be sizable. The GC candidates are most likely to stay back, keeping their energy for the end, but near the second sector of cobblestones, slippery dust and the sharp edges on the cobblestones will likely cause multiple crashes and flat tires.

The key part of the race is the last 30 km. Cobblestone sectors are rated from 1-5 in terms of difficulty. Two sectors in this race have 4-star ratings. One (Erre a Wandignies-Hamage) runs almost 3 km, the longest in the stage. Soon after this come the three-star de Warlaing a Brillon stretch, and then comes the second four-star section, the Tilloy-les-Marchinesses a Sars-et-with these last two sections making up a combined 4.8 km.

When it comes to picking the stage winner, Wout Van Aert and Mathieu van der Poel sit atop the odds list, two of the best Tour riders from their prior performance. They have both found the podium at the Paris-Roubaix, and both have shown that they have what it takes. Van der Poel will have more freshness after what Van Aert has pulled off lately.

How about some slightly darker horses? Check out Dylan van Baarle, if his team pulls him off babysitting duty, as it is more important for his team that he shepherd Ineos’ GC racers through the gauntlet known as the peloton.

Then there are the riders who excel on cobblestones. Matej Mohoric, Peter Sagan, Florian Senechal and Stefan Kung have all built reputations for expertise on the surface. Sagan appears to be back near his best form. Then there is Florian Vermeersch, who tends to go unnoticed but has done extremely well in one-day races, particularly when the route includes cobblestones. His team is likely to let him chase the stage win instead of requiring that he help his team’s GC riders.