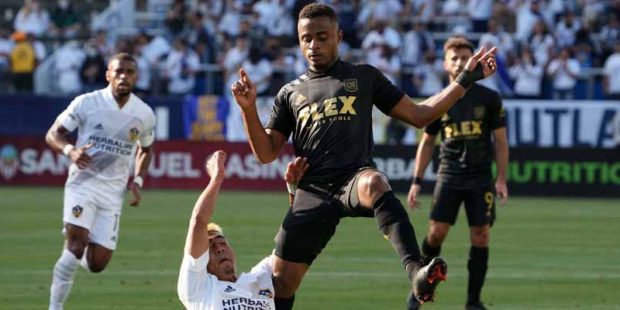 One of the biggest news items in Major League Soccer this week has involved Welsh national team star Gareth Bale, set to join LAFC on a free transfer from Real Madrid, after his deal with the European champions lapsed near the end of June. The MLS transfer window opens Thursday, but paperwork delays look to keep Bale out of LAFC’s derby with LA Galaxy on Friday night. However, LAFC also added Giorgio Chiellini in the window, and he will dress Friday on a free transfer from Juventus. The 37-year-old should not only add his own energy to the team but should boost everyone else on the LAFC roster.

If you’re thinking about including MLS in your sports betting, we have some picks for your consideration.

The Galaxy hosted the Montreal Impact (currently in third in the Eastern Conference) on July 4 and delivered a thorough beating, 4-0. Javier Hernandez opened the scoring for the hosts in just the eighth minute, and then Dejan Jovelijic converted from the spot in stoppage time before the half. Rayan Raveloson turned a game into a laugher with a brace in the second half, scoring in the 60th and 79th minutes. Montreal possessed for 62% of the match but was outshot, 14-11 (4-3 on target). They were physical, with 13 fouls and a pair of yellow cards, and they forced seven corners, but they could finish nothing on what looked like a patriotic match for the Galaxy.

LAFC visited Vancouver on July 2 in their last action and looked like they would take away a road point until the 89th minute, when Andres Cubas converted for the hosts. LAFC possessed for 58% of the night, but Vancouver outshot the visitors, 11-7 (2-0 on target). The torpor that LAFC showed for much of the night will not do against the Galaxy, but it is hard to see LAFC coming out with such little energy with the addition of Chiellini and the chance to knock off their crosstown rivals at home. LAFC has had a dominant season to this point, so I’m tempted to see that result in Vancouver as a blip.

Two Texas rivals take the field in the humidity on Saturday night. FC Dallas sits in fifth in the West, nine points ahead of 11th-place Houston, but FC Dallas has won just twice in their last nine matches, including an unsightly 1-1 draw against Inter Miami at home on July 4. Alan Velasco slotted home a gorgeous free kick in the 27th minute for the hosts, bending it inside the far post from just outside the penalty area. However, particularly in the second half, FC Dallas looked like they were playing not to lose, and Inter Miami finally made them pay, as Leonardo Campana knocked home a header in the 88th minute to snag the away point. Inter Miami outshot FC Dallas, 11-4, in the second half, making the hosts look listless.

Houston Dynamo hosted Charlotte on July 3 and gave up an own goal in the 28th minute. Charlotte doubled their advantage with a tally from Andre Shinyashiki in the 74th minute. Houston got on the board with a goal from Fafa Picault seven minutes later, but that proved to be too little, too late, as Houston could not secure the equalizer. Houston possessed for 59% of the match but was outshot, 14-11 (4-3 on target). Given the tailspin that FC Dallas is currently caught in, I’ll take Houston and the value.