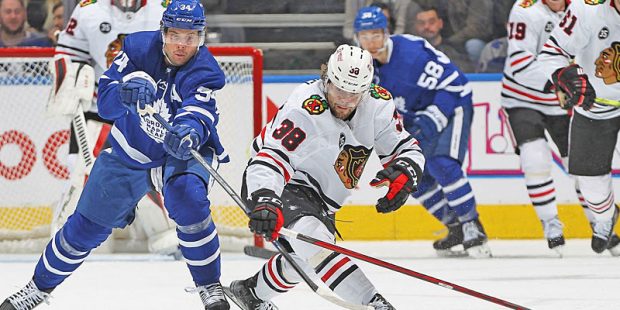 The San Jose Sharks had three players notch firsts in their 3-1 win over the Seattle Kraken, as Scott Reedy and Jonah Gadjovich scored their first NHL goals, and Ryan Dzingel got his first goal in a Shark uniform. James Reiner stopped 17 shots in the first period, as Seattle outshot the Sharks, 18-4, on his way to 39 saves on the night. Morgan Geekie had the only goal for the Kraken, who continue a more traditional expansion season than the Vegas Golden Knights, who rode all the way to the Stanley Cup Finals their first year. Read on to find some NHL Odds early this week on the ice.

The Boston Bruins continue a West Coast swing on Monday night in Los Angeles against the Kings. They have won the first two games on the trip, edging Seattle, 3-2, and then beating San Jose on Saturday, 3-1. In that win, Brad Marchand put up a pair of goals and an assist in his second game following a six-game ban. Patrice Bergeron added the third goal for the B’s, who have now beaten San Jose nine consecutive times. Jeremy Swayman only faced 16 shots on the night, stopping 15, but he was pressed into duty in the waning minutes as the Sharks finally brought pressure.

The Kings come in on a five-game winning streak, with four wins on the road (Vegas, Arizona twice and Anaheim and then a 5-2 win over the New York Islanders on Saturday. The Kings opened the scoring in that win, as Phillip Danault scored on a delayed penalty. Defenseman Matt Roy scored later in the first period to make it 2-1. Anders Lee and Brendan Lemieux scored in the second period to make it a 4-1 score. The Islanders added a second goal in the third, but the Kings added an empty-netter to get the final score. The Bruins bring in a tougher game than the Islanders do, but can they end the Kings’ winning streak?

The Islanders bounced back nicely from that 5-2 loss in Los Angeles on Saturday with a 4-0 shellacking of the Anaheim Ducks on Tuesday. Casey Cizikas put up a goal and an assist, and Ilya Sorokin stopped 34 shots to get his fifth shutout of the year. Kieffer Bellows, Andy Greene and Noah Dobson also found the back of the net. Defenseman Zdeno Chara (upper-body injury) and center Mat Barzal (lower-body injury) both went down in the loss to the Kings and did not play against the Ducks, so you will want to check the latest injury updates before locking in your wager. At this writing, both players remain day-to-day.

Colorado is riding a three-game winning streak into this game, with victories in Detroit and Las Vegas sandwiched around a win over Winnipeg. In their win over Vegas on Saturday, the Avalanche trailed, 2-1, going into the third period, but then Colorado scored a pair of goals just 26 seconds apart to move into the lead. J.T. Compher drew the Avs even, and then Nathan MacKinnon scored the game-winner. Darcy Kuemper stopped 34 shots for the win. The Avalanche only mustered 21 shots, but they made them count in the third. With that advantage of hosting a game at altitude, Colorado should be able to handle the Islanders.