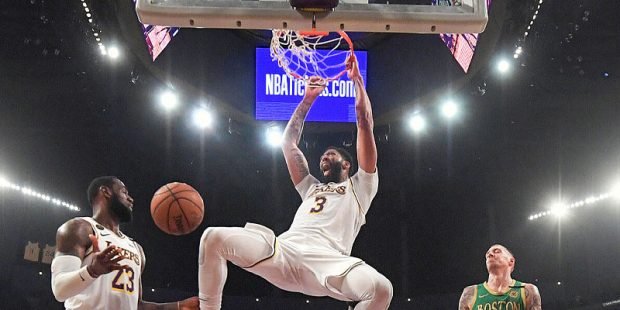 Now that J.J. Redick has retired from the NBA, he’s letting out a lot of dirt about his time with the New Orleans Pelicans. The Pelicans picked up star scorer C.J. McCollum from the Portland Trail Blazers at the trade deadline, and an early story that emerged was that McCollum had not yet heard from Zion Williamson after the acquisition. Williamson is away from the team rehabbing from a foot injury, and news about the silence prompted Redick, now an NBA commentator, to talk about how Williamson is a “detached” player and lacks commitment to the team. It will be interesting to see how the rest of the season unfolds for the Pelicans.

Are you planning to include these games in your weekend NBA betting? We have a couple of smart picks for you.

NBA → Top Betting Picks for the Rest of the Week

The Miami Heat had won five in a row before losing at home to Dallas, but they bounced back to beat Charlotte on the road, 111-107, on Thursday in double overtime. Kyle Lowry had 25 points on the night – 12 coming in the two overtime frames. Duncan Robinson put up 21, and Jimmy Butler came through when it counted, overcoming a difficult shooting night to nail two big buckets in the second overtime to end up with 15 points, 10 boards and eight assists. At the break, the Heat were tied with Chicago for the top record in the Eastern Conference (38-21). The Heat went into the fourth quarter down seven and saw the Hornets go on a 7-0 run to make the deficit 14, but then they came all the way back.

Next up for the Heat is a trip to New York to take on the Knicks, who lost seven of eight going into the break, including a 111-106 loss to Brooklyn in which they blew an 18-point lead in the fourth quarter. Their lone win in that stretch came at Golden State, but the Knicks finished the first half blowing a lead of at least 20 points three times in 11 games. Point guard Derrick Rose is on track to return, and that veteran presence could help boost the team’s mental toughness. Starting the second half at home against one of the teams at the top of the East standings gives the Knicks an opportunity, but can they take advantage of it?

The Clippers went into the All-Star break winners of three of their last four games, beating Dallas by two on the road and then beating Golden State by 15 before losing at Phoenix – and then bouncing back to beat Houston by 31 points at home. Marcus Morris Sr put up 27, and Luke Kennard chipped in 25 in the rout, going 8 of 9 from behind the arc, and Terance Mann added 20. The Clippers made 51.4% of their three-point attempts and outrebounded the Rockets by 15. It took just over six minutes for the Clippers to open up a double-digit lead (24-14), and they had a 71-59 lead at the half. Reggie Jackson had a dozen points and 14 assists, a season high. Ivica Zubac (13 points, 10 boards), Amir Coffey (13 points) and Isaiah Hartenstein (13 points) all hit double figures as well.

Now the Clippers face their fellow Staples Center tenants to start the second half. The Lakers had dropped three in a row before finishing the first half with a 106-101 win over Utah. LeBron James put the team on his back in the fourth quarter, scoring 15 points in the period (out of 33 overall) as the Lakers outscored the Jazz, 35-22, in the final period to come back and take the win. The most important part was a 19-4 run midway through the fourth quarter, the last 10 of which came from James. The Jazz came back to tie on a pair of free throws from Mike Conley, but James made a three-ball with 1:24 left to give the Lakers the lead for good. This makes 23 straight games in which LeBron has scored at least 25 points – a career-long streak. After a break, can the Lakers knock off the Clippers without Anthony Davis?