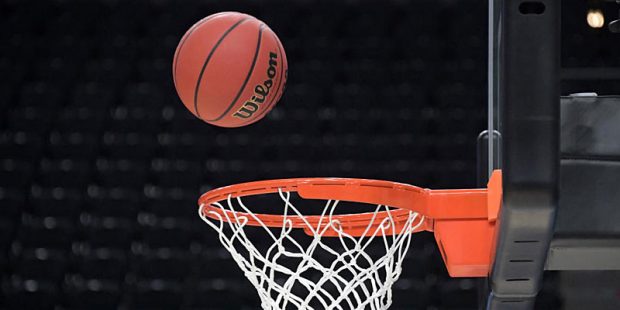 One way to build suspense with your sports betting is to lay down parlay wagers – multiple bets that you must win in order to collect winnings. One of the most recent famous examples happened at the 2021 Ryder Cup, when one bettor correctly picked the outcome of all 12 Sunday matches, with six favorites winning, four underdogs winning and two matches ending in ties. That bettor put down $8 and walked away with $966,290. We’re not suggesting anything with that level of risk (or reward) for our College Basketball parlays this week, but here are some interesting wagers for you to consider.

To look at an in-game parlay here, let’s look back at the teams’ matchup in Dallas on January 29. SMU beat the Owls at home, 69-61. Mustang point guard Kendric Davis struggled from the field, going just 3 of 7 for 11 points. It was Marcus Weathers who dominated the game, putting up 27 points, nine boards and three blocks in the win over the Owls. Emmanuel Bandoumel went just one of four from three-point land in that game and managed just ten points. However, Bandoumel knocked down six three-balls on the road in a win at East Carolina on Saturday. Weathers picked up his second AAC Player of the Week award this past week and has been upping his game since AAC play began back in late December.

SMU has started slowly on the road many times under head coach Tim Jankovich. For whatever reason, his teams hit the floor in a bit of a fog. Sometimes this also happens at home, but given the talent that Jankovich has on his roster, he simply fails to have them ready at tipoff. This led to regrettable losses at Cincinnati and at Wichita State, and the only real outlier to that trend this season was a big win at Memphis. A home win over Houston last Wednesday has fans and bettors more optimistic, but the slow opening trend on the road appeared at East Carolina as well.

So here’s my parlay for the SMU-Temple game. Damian Dunn is the Owls’ leading point scorer with 15.5 points per game. He put up 16 to lead the Owls when the teams met in Dallas, so I’m going to take Damian Dunn to score the first basket. Given the fact that Kendric Davis has done more distributing than scoring for SMU in recent weeks, I’m going to take Marcus Weathers to lead SMU in scoring. I’m going to wait for the point spread to come out for this game, and if SMU is favored by more than four, I’m going to take Temple to cover. I think SMU grinds this out, but Temple will fight hard at home, and SMU will take a little while to get started.

Utah (9-16, 2-13 Pac-12) has lost 3 in a row and 12 of 13. The only win in that stretch came against Oregon State, a 25-point rout over a 3-16 Beavers team. The Utes have played better recently, rallying before losing to Oregon by tree and then pushing Colorado on the road before falling by five. That loss to the Buffaloes on Saturday saw Jabari Walker put up 11 straight for Colorado in the last five minutes. Utah led by 10 with 10:36 remaining, but Colorado simply could not be stopped.

Next up is a trip to Stanford, as the Cardinal bounced back from a two-game skid (losses to UCLA and at Oregon) with a nine-point win at Oregon State on Saturday. In that win, freshman Harrison Ingram shone with 16 points and set a season best with nine assists. Spencer Jones added 15 points and eight rebounds. Jaiden Delaire (14) and Maxime Raynaud (10) also hit double figures. However, I like Utah’s recent run better and think they are due another cover, if not a win.

Washington has ridden a roller coaster in their last three games, beating Cal by 21, losing to Stanford by 18, beating Arizona State by 23 and losing to Arizona by 24. In that last loss to the Wildcats, Washington actually led in the early going by 14, but then once the Arizona offense got rolling, Washington could not stop the momentum.

Next up is a trip to USC, winners of three of their last four, including a three-point home win over UCLA on Saturday. Drew Peterson set a career high with 27 points and pulled down a dozen rebounds in the upset. He also blocked five shots in a game the Trojans won without top scorer Isaiah Mobley, who remains in the concussion protocol. The Trojans should be able to hold off a Washington team that simply doesn’t have the talent to hold leads against top teams in the conference.