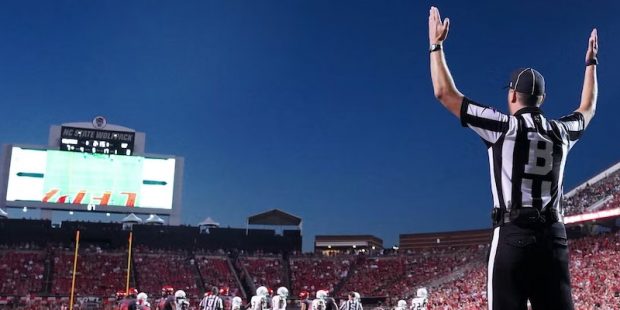 Are you thinking about taking Wake Forest as they face Clemson this weekend? After all, Wake Forest was in the ACC Championship last year, while the Tigers sat at home. Also, Clemson has only covered once in nine chances in September games, and Wake Forest has gone 3-0 against the spread as a home dog since the start of 2019. This point spread is just seven points, though, and Clemson looks like they’re back to their dominant selves so far this year. If you’re looking for the straight upset, you should know that Wake Forest has lost 62 straight games to teams in the AP Top 10. No other team has a longer streak like that since polling began in 1936. If you’re looking for some solid College Football betting matchups for Week 4 of the college football season, read on to find our five top picks.

Both of these teams are unbeaten, but Duke has dropped five of six away from home. Quarterback Riley Leonard has started well, completing 72.7% of his passes and throwing for five touchdowns and just two picks. Jordan Moore leads the Blue Devils with 13 catches, and Jaylen Coleman is the top rusher with 177 yards and three scores. On defense, Duke has been unusually stingy, permitting just 14.3 points and 348 yards per game. Darius Joiner is the top tackler (23), while DeWayne Carter has 1 ½ sacks.

Interestingly, Kansas has lost five of six at home, but Jalon Daniels is emerging as an intriguing quarterback, with a 7:1 TD:INT ratio and a 67.1% pass completion rate. Luke Grimm is the top receiver with 10 catches, and Daniels is also the team’s leading rusher, with three touchdowns and 237 yards on the ground. The defense has been a bit porous, permitting 27.3 points per game despite Lonnie Phelps’ three sacks and 27 tackles out of Rich Miller. If we look at records against the spread, Kansas has covered in six in a row, while the Blue Devils have covered just twice in their last nine games. I see Kansas building on that confidence from a win at Houston last week. Kansas to win and cover.

Both teams come in with 2-1 records, as the Longhorns fell to Alabama in Week 2, while the Red Raiders lost at N.C. State last week. For Texas, freshman quarterback Quinn ewers has thrown for 359 yards and two scores with a pick, with Xavier Worthy combining with Jordan Whittington for 25 receptions and 308 yards. Tailback Bijan Robinson has seven catches out of the backfield. Robinson also leads the team in rushing with 311 yards and five scores. The defense has been solid, holding opponents to 16.7 points per game.

Texas Tech has won five of eight at home, although Donovan Smith has thrown five picks to go along with seven touchdown passes, while stacking up 785 yards through the air. Myles Price is the top receiver with a dozen catches. On the ground, Tahj Brooks leads the team with 132 yards and four scores. The defense is serviceable, permitting 22.3 points per game, as Tyree Wilson is the team leader with 21 tackles. Texas has covered just once in their last five games on the road but has covered in four straight. Texas Tech has covered in five of six games coming after a straight up loss. Lubbock is a dangerous place to play, but Texas should have the talent to roll. Texas to win and cover.

This is a line that has gone all over the place, and on some books, you will find that the Tar Heels are actually the favorites. Neither team does well on defense so far this year, but this could be the game when Marcus Freeman sees his offense take off. But can the Irish keep up? North Carolina to cover.

Taulia Tagovailoa brings a solid offense to Michigan, and the Wolverines’ defense has not faced any solid attacks during the cupcake portion of their schedule. Maryland to cover.

Texas A&M has a tepid offense that will not test Arkansas’ injured secondary. The Razorbacks are one of the most physical teams in the nation on both sides of the ball, even with Jimbo Smith’s fancy recruiting class. Arkansas to cover.