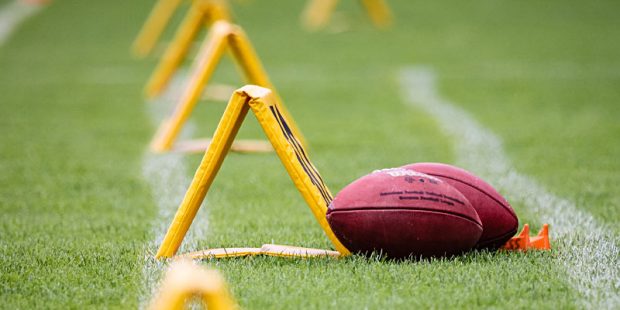 Nick Saban will be 78 years old when his latest contract extension expires with the Alabama Crimson Tide. His former deal ended in 2029, but this takes him through February 2030 and raises his annual salary to $11.7 million per year. This was apparently necessary after Georgia coach Kirby Smart got a deal of his own that gives him $11.2 million per year earlier in the offseason. These two coaches may well meet again in the SEC Championship and the College Football Playoff, but there’s a lot of football to be played between now and then. Let’s review, once again, the preseason Top 25 rankings in college football and some other items that may influence your college football betting choices.

When it comes to picking next year’s Heisman Trophy winner, the quarterbacks, as always, sit at the top of the odds list, with Ohio State’s C.J. Stroud currently the top favorite and with Alabama’s Bryce Young and USC’s Caleb Williams coming right after him. However, the player who has gotten the most action at Caesars Sportsbooks and the most bets and money placed at DraftKings is not an offensive player at all. Instead, it is Will Anderson Jr, Alabama’s star linebacker, who is widely considered the best overall player in the nation. One problem with this pick is that the Heisman Trophy has only gone to one defensive player ever: Charles Woodson out of Michigan, who also made highlight reels with his return game, and that was back in 1997. In the 25 years since then, the college football game has moved more to a passing focus, mirroring the NFL more closely. This means that quarterbacks and wide receivers are your top picks, followed by running backs. As a linebacker, Anderson would have to become a turnover, sack and tackle-for-loss machine just to make it as a Heisman finalist, so at this point, he doesn’t seem like a smart pick.

One of the craziest sports betting decisions this off-season came with a wager placed with Caesars Sportsbook: a $1,000 wager for Utah State to win the national championship – at 1,000:1 odds. The payout would be $1 million, but the odds of Utah State even making the College Football Playoff should be almost that long. There is a lot of buzz around the Aggies this off-season, and their seven-game win total seems a bit low, for those looking for some over/under imbalances there. One game that Utah State would have to win to get playoff committee attention comes in Week 2, when the Aggies visit Alabama – as 38 ½-point underdogs. In the last 44 years, only one team has won straight up as underdogs of that size, and that happened in 2007, when Stanford beat USC despite being on the wrong end of a 40 ½-point line. Since 1978, underdogs of at least 38 points have gone 1-368 straight up. Utah State does return a dozen starters, including senior quarterback Logan Bonner. In 2021, they went 11-3, including a win over Oregon State in the L.A. Bowl. They got some solid transfers from Michigan and Alabama. HOwever, this remains the darkest of dark horse wagers.