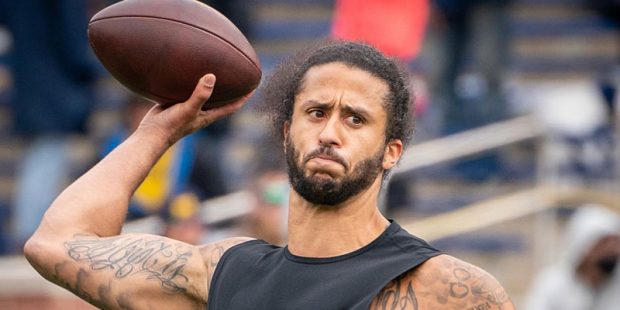 One of the most eye-catching headlines in the NFL news feed last week came from Las Vegas, as the Raiders brought in quarterback Colin Kaepernick for a workout. Kaepernick last played in the NFL in 2016 before his kneeling protest during the national anthem apparently landed him on a blacklist, with no teams willing to bring him in despite the fact that he had led the San Francisco 49ers to a Super Bowl. The Raiders did not tell their current starting quarterback, Derek Carr, that they were bringing in Kaepernick; according to new Raiders head coach Josh McDaniels, the team did not tell Carr because Carr knows that the Raiders are “his team.” It will be interesting to see how this affects team chemistry. Read on to find some more news items that could influence your NFL betting this fall.

The New Orleans Saints’ offense should be back in business. Quarterback Jameis Winston has returned to the practice field even though it has been just seven months since he blew his ACL. Receiver Michael Thomas should be back from his ankle injury for training camp, as he is with the team and rehabbing during the league’s voluntary workout period. Thomas did not play at all in 2021 after having surgery for multiple ligament repairs in June and then having a setback in November that led to another surgery. He went down in the first game of 2020 and missed nine games during the season. Having Thomas and Winston back will make the Saints even more dangerous in the NFC South this season.

Another injury in the NFC South involves Deion Jones of the Atlanta Falcons, as shoulder issues have kept him out of workouts so far. The 27-year-old linebacker has been a keystone of the defense since he came in the 2016 draft from LSU. He has played 85 games, starting 83, and during that time he has posted 11 interceptions, registered 8 ½ sacks and scored five defensive touchdowns. Last year, though, with Dean Pees coming in as defensive coordinator, Foye Oluokun took over the middle linebacker job. Oluokun is in Jacksonville now, and Jones might be on his way out with a cap hit of over $20 million for 2022. The team added Nick Kwiatkoski and Rashaan Evans at linebacker through free agency and got Montana State product Troy Andersen in the draft. The team is trying to get large contracts off their roster and has over $63 million in dead money on the cap this year, so Jones could be the next guy to go…or he could come back and contribute.

The Dallas Cowboys are handing over the top wide receiver role to CeeDee Lamb, now that Amari Cooper has been traded to Cleveland and Michael Gallup will not return from his torn ACL in his left knee until the middle of September at the earliest. The team already gave him #88, which such greats as Drew Pearson, Michael Irving and Dez Bryant wore for the team. This will change Lamb’s role in the offense – and the defense that he will receive. Instead of a lot of one-on-one situations, Lamb will now draw the other team’s top cornerback and also see a safety coming up to help; dealing with double coverage is an entirely new challenge. He has gotten double coverage before, but he was almost always on the field with Cooper, Gallup and/or Cedrick Wilson. Wilson left via free agency. James Washington (24 pass catches last year in Pittsburgh) and Jalen Tolbert (who came in the third round of the draft) join Lamb in the wide receiving corps, and it will be interesting to see if the Dallas offense can maintain its production.