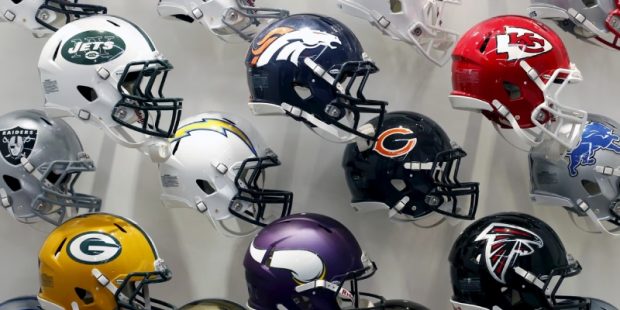 If you’re a Dallas Cowboys fan, then you should take encouragement from the latest news about Dak Prescott coming out of training camp. This time last year, he was working hard to return from a dislocation and compound fracture of his right ankle; this time around, though, he has been able to focus on conditioning his entire body. His weight is the same (228 pounds), but he has swapped out more fat for muscle. The downside of the off-season for Prescott is limited time with his top receivers. Michael Gallup is still working his way back from a torn ACL. CeeDee Lamb and Noah Brown have not taken part in practice the last two weeks, and James Washington, who joined the team via free agency, has not worked in organized team activities or minicamp, as he is rehabbing a leg problem. Can the Cowboys deal with the loss of Amari Cooper and continue to produce at a high level on offense? We will see. Read on for more news items that may influence your NFL betting choices on the NFL this season.

Lamar Jackson is headed into the last year of his contract, which means that this summer is the time when he and the Baltimore Ravens would usually arrive at an agreement on a long-term extension. Jackson acts as his own agent, and he has not yet responded to overtures from the team about negotiating a new deal. As the team’s off-season practices opened, Jackson looked sharp, throwing with solid velocity and tight spirals. He did get picked twice by Tony Jefferson, but on the whole, his accuracy was terrific. Jackson became eligible for an extension 15 months ago, but since then, the highest average annual salary for a contract for a quarterback has increased from $45 million (Patrick Mahomes) to $50 million (Aaron Rodgers). Mahomes got $141.4 million guaranteed in his deal; Deshaun Watson got $230 million guaranteed in his new deal – and Watson might not even play this season. Jackson’s playmaking ability is unique, which means his value could be higher. However, his playoff performance could lead the team to try and keep their offer lower than the top of the market. It will be interesting to see how this dynamic influences training camp and the team’s preparation.

Another quarterback heading into contract controversy is Kyler Murray of the Arizona Cardinals. The team picked up his fifth-year option, and so he would make $5.5 million this year and $29.7 million next year. However, Murray thinks that the time is now for a deal that would pay him comparably to Mahomes, Watson and Prescott. Without a new deal, Murray could hold out from training camp. Given the way Murray has finished the last two seasons, including a request to come out of last year’s playoff loss to the Rams, it’s worth asking whether he is the right player to lead the franchise. Without Murray, though, how will the offense work?

When Russell Wilson takes the field for the Denver Broncos this season, he will become the first quarterback ever to start a game for a team that he had previously beaten in a Super Bowl. The Broncos have sought an elite starting quarterback since Peyton Manning retired back in 2015. During that time, the Broncos have started 11 different quarterbacks (and one wide receiver) at the position, tied for the most by any team in the NFL during that time. Wilson has Jerry Jeudy, Cortland Sutton and a whole list of playmakers on offense. Wilson enters his 11th season in the league with the potential for the best seasons he has had since the Seahawks won one Super Bowl and should have won the next one.