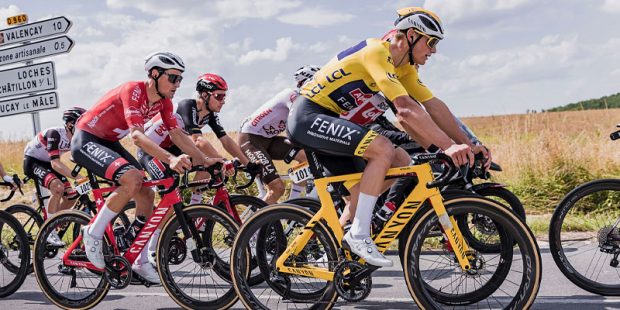 As we approach the 2022 Tour de France, two-time champion Tadej Pogacar is the heavy favorite to win again. He had success in racing the UAE Tour, the Tirreno-Adriatico and the Strade Blanche, and he has also done well in the last few weeks at the Classics. He remains atop the Cycling News form rankings. Such challengers as Primoz Roglic, Daniel Martinez and Aleksandr Vlasov are intriguing, though, despite the knee injury that slowed Roglic down at Itzulia Basque Country. Let’s take a look at the updated Tour de France betting odds for winners in the general classification (the “yellow jersey”) chase and talk more in depth about some of the contenders.


First of all, it’s worth pointing out that there is considerable variance among the sportsbooks once you get past the top four or five favorites, which means that if you pick a long shot, you will want to shop around to get the best odds.

Let’s start at the top. Tadej Pogacar has done well in 2022: in addition to winning the three races above (winning four stages combined in those three races), he also came in fourth at the Tour of Flanders, fifth at Milan-San Remo, and tenth at the Draws door Vlaanderen. He looked impressive on the Poggio at Milan-San Remo and the Kwaremont at the Tour of Flanders which showed he was the strongest rider, but while strength pays off in the longer tours, that does not always mean a victory in a single-day race. While Pogacar was in Belgium for the Tour of Flanders, he took a practice run on the cobbled portions of Stage 5 of the Tour de France, and that should prepare him for the jostling for a spot on the pavement.

Daniel Martinez has wins at the Itzulia Basque Country and the National Championships Colombia ITT. He had third-place finishes at the Volta ao Algarve and Paris-Nice, and a 20th-place finish at the Grand Prix de Denain. In last year’s Giro d’Italia, Martinez made some runs in the stead of Egan Bernal in the last week, showing that he could have what it takes to push for a Grand Tour himself. Bernal is still injured this year, and while Adam Yates holds the official team lead spot, Martinez has raced more consistently in stage events. At the Itzulia Basque Country, he had a strong time trial to open that set him up for the week, and he held his own on the last three stages, holding off Remco Evenepoel and the remainder of his rivals.

Aleksandr Vlasov won the Volta a la Comunitat Valenciana. He was the runner-up at the Grand Prix Miguel Indurain, and he had thirds at the Trofeo Pollenca-Port d’Andratx and the Itzulia Basque Country. He abandoned Paris-Nice on the last day of the race but bounced back with that runner-up at the Indurain, one of the toughest races of the season.

Primoz Roglic did not withdraw from the Itzulia Basque Country, where that knee injury set him back. He won the initial time trial before having difficulty responding to attacks over the course of the race. He fell out of the yellow jersey on the next-to-last stage, but he is still scheduled for the Ardennes Classics – and the Tour.