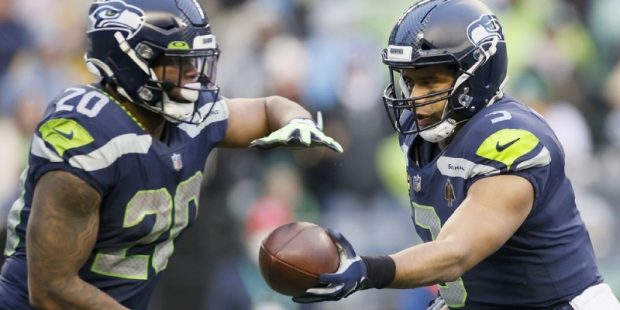 Entering his fifth season, Seattle Seahawks tailback Rashaad Penny is finally the projected starter. He has played his first four seasons in the shadow of Chris Carson, who returned from a broken leg to start ahead of Penny in his rookie season. Penny had a rash of injuries over the next three seasons, including a blown ACL near the end of the 2019 season that kept him on the shelf for almost the whole 2020 season as well. Carson has retired because of a neck injury, and Penny looks to build on a 2021 campaign in which he ran for 671 yards in the last five games, tops in the NFL over that stretch. Could he help the Seahawks’ rebuild get going faster than planned? This and other stories could influence your NFL betting choices for the coming NFL season.

Remember when the Dallas Cowboys had a glut of talent at wide receiver? Amari Cooper, CeeDee Lamb, Michael Gallup, and Cedrick Wilson were all causing headaches for opposing defensive coordinators. Well, Wilson is now a Miami Dolphin, and Cooper is in Cleveland. Gallup is still recovering from a torn ACL and will miss at least the season opener. So Lamb and Noah Brown are the only wide receivers in camp who have ever caught a regular-season pass from Dak Prescott after James Washington went down with a fractured right foot. Odell Beckham Jr and Emmanuel Sanders are still available in free agency, but Jerry Jones is fine with seeing what the young receivers in camp can do, led by third-round draft pick Jalen Tolbert and KaVontae Turpin, who led the USFL in receiving yards in the spring season. Going into Tampa Bay for the opener with this group of wide receivers makes an 0-1 start even more likely.

Penny’s rise in Seattle may be more difficult than he thinks, unless Geno Smith or Drew Lock can get a better handle on the quarterback position. Smith had a bad pick on a deep ball to Tyler Lockett that was late, allowing backup safety Josh Jones to get the easy interception. He underthrew a gimme touchdown pass to DK Metcalf, giving Artie Burns the chance to close in and break up the pass. Lock had a pair of scoring passes behind the second-string offensive line, but he continued to have difficulty getting in sync with Metcalf.

Lamar Jackson saw his string of practices without an interception end at five. In his sixth practice, safety Tony Jefferson tipped the ball up to himself and snagged the pick. On the day, though, Jackson was sharp, going 15 of 19 – and one of those incompletions came on a drop by Rashod Bateman on a deep ball.

Buffalo cornerback Tre’Davious White continues to move toward returning from a left ACL tear nine months ago. While he is not projected to be ready for the season opener, his return could come sooner than originally anticipated. The Bills also got some bad news in the secondary when safety Jordan Poyer hyperextended his elbow tackling tailback James Cook and will be out for a few weeks. Safety Micah Hyde is also rehabbing from a hip/glute injury on Friday. This means that Damar Hamlin and Jaquan Johnson get more chances to show the coaches what they can do, but a top priority fo the team in the off-season was to bolster the pass defense, so the sooner these starters can get off the shelf, the better for the Bills’ hopes of a title season.

When Carolina Panthers wide receiver Robbie Anderson heard in April that the team was interested in Baker Mayfield, he tweeted “Noooooo.” On Tuesday, though, fans and teammates were wowed with a play that the duo pulled off. Mayfield was working with the first-string offense and threw a 50-yard strike that Anderson pulled in near the goal line. Mayfield is looking to rehab his career, and the Panthers are looking to rebuild, so if the two can hep each other out, Anderson’s tweets will likely get happier.