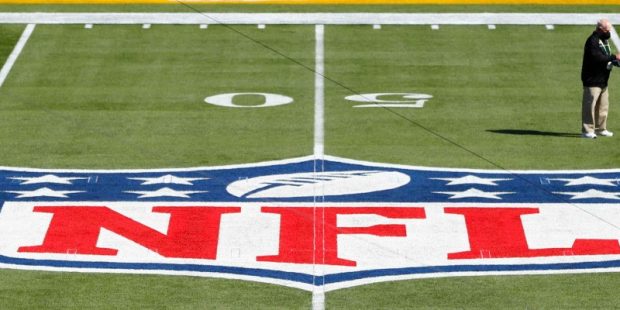 The latest sign that the NFL is taking sports betting seriously came down on Tuesday, as the league announced that David Highhill would move from the corporate strategy group to take a new position, vice president and general manager of sports betting. He had previously led the go-to-market sports betting programs for the league, and now he will be responsible for shielding the integrity of the sport from any harm related to gambling, advanced the reputation and brand of the league, boost fan engagement around the world and increase the value of the intellectual property and data that the league can provide. As we approach training camp, check out some of the latest headlines.

The biggest news in the NFL still swirls around the recipient of the largest guaranteed contract in league history – Deshaun Watson. His disciplinary hearing started Tuesday, extended into Wednesday and may last even longer. Watson faces accusations from 25 women, all sports massage professionals, for offenses ranging from inappropriate behavior to sexual assault. The NFL leaked last week that it planned to ask for at least one year’s suspension. After the hearing ends, the arbitrator does not face a deadline for rendering a decision, but after the ruling, Watson can appeal. Commissioner Roger Goodell could hear the appeal or bring in an independent appeal officer. Of the 25 lawsuits, one was dropped when the judge ruled that the plaintiff’s name had to appear on the petition. Watson has settled 20 of the other 24, and one of the remaining four has been amended to add the Houston Texans as a defendant, claiming that the team enabled Watson’s actions. Once Watson was cleared of criminal charges in the matter, the Houston Texans traded Watson to the Cleveland Browns.

Speaking of the Browns, some reporters caught up with Baker Mayfield earlier this week at his football camp at the University of Oklahoma. Their question: would Mayfield be likely to return to play for the Browns if Watson gets that one-year suspension. Mayfield is also under contract with the Browns, owed $19 million for the 2022 season. He indicated that the decision to part ways had been mutual, and that “some reaching out” would have to take place from the team for him to consider returning. Mayfield led the Browns to the divisional playoff two years ago before injuries hobbled him in 2022, and matters deteriorated between him and the team.

The Washington Commanders signed Terry McLaurin to a three-year extension with as much as $71 million in new money, making him one of the five highest-paid wide receivers in the league. This includes a $28 million signing bonus – the largest ever given to a wide receiver. The new money in the deal is 76.4% guaranteed. McLaurin’s rookie deal had been set to expire at the end of the 2022 campaign, and his contract now ties him to the Commanders until the end fo the 2025 season. He had held out from OTAs and the mandatory three-day minicamp, so having him back in the fold helps Washington avoid yet another PR meltdown. McLaurin joins a wide receiver market that has gone nuts this offseason. Davante Adams (five years, $140 million), A.J. Brown (four years, $100 million) and Tyreek Hill (four years, $120 million) are the three to sign nine-figure deals. Stefon Diggs (four years, $96 million), Mike Williams (three years, $60 million), Cooper Kupp (three years, $80.1 million) and Chris Godwin (three years, $60 million) have all made it to the bank as well. McLaurin has broken the 1,000-yard mark in two of his first three seasons, even though he has had nine different quarterbacks throwing him balls, and he has only missed three games in his pro career.