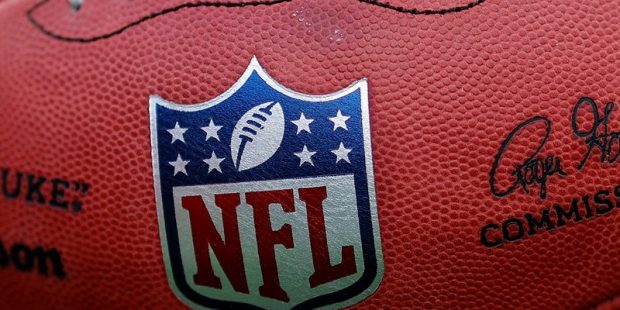 If you were expecting the New England Patriots to vault right back into AFC contender status after Mac Jones took his rookie season to get acquainted with the pro game, you might need to tap the brakes, as the Patriots’ 2019 draft class has been revealed as a subpar group. First-round pick N’Keal Harry got shipped to Chicago for a seventh-round pick in 2024; third-round pick Chase Winovich was sent to Cleveland for linebacker Mack Wilson. Second-rounder Joejuan Williams might not even make the roster for 2022. Losing their top three picks from that draft would represent a significant setback in terms of talent development, especially in a division that already has a dominant team (Buffalo) and two teams that appear to be rising the rebuild learning curve (the Jets and Miami). We have more news that could influence your NFL betting for the coming season – so check out these headlines.

Justin Jefferson has emerged as one of the top wide receivers in the NFL after just two seasons, and he has said that he is ready to move to the apex of the league. He praised Las Vegas Raiders wide receiver Davante Adams as the best wide receiver today because of his route running in a recent interview, but Jefferson followed that up with the claim that, at the end of the 2022 season, he will be the league’s best. As a rookie, he set a record with 1,400 receiving yards, although Ja’Marr Chase broke the rookie mark with 1,455 yards last year. He upped his career total to 3,016 receiving yards at the end of his second season, setting an NFL record for most receiving yards by any player in his first two campaigns in the league. The Vikings have a new head coach in Kevin O’Connell, who is bringing in a new offense, and Jefferson is optimistic about the changes this new scheme will bring for the team and for his own performance. But can the Vikings get by Aaron Rodgers?

The Kansas City Chiefs were looking to sign left tackle Orlando Brown Jr to a long-term deal, giving him a six-year, $139 million contract offer that would have included $95 million in the first five years, as well as a signing bonus of $30.25 million. However, Brown turned down the contract offer, so he will play on the franchise tag, earning $16.662 million this season. The tag salary is the average of the five highest salaries at that position. Brown joins Dalton Schultz (Dallas), Mike Gesicki (Miami), and Jessie Bates III (Cincinnati) on the franchise tag this year. The Chiefs would like to have a solid left tackle in place to protect Patrick Mahomes’ blind side in the passing game, and they sent four draft picks to Baltimore (including a first-rounder) to get Brown in the first place, and Brown started all 17 games for Kansas City last year, going to the Pro Bowl for the third time and mentoring Trey Smith and Creed Humphrey.

Arizona Cardinals linebacker Isaiah Simmons might finally be moving toward stability after two seasons in the league. The Cardinals picked him in the first round in the 2020 draft with the #8 pick, but he played at eight different positions last year: linebacker, outside linebacker, edge rusher, slot corner, right corner, left corner, safety and inside defensive line. Coming into 2022, he feels like the game has slowed down a lot for him, as he prepares to come in as an inside linebacker, where he will join 2021 first-rounder Zaven Collins in running the defense.