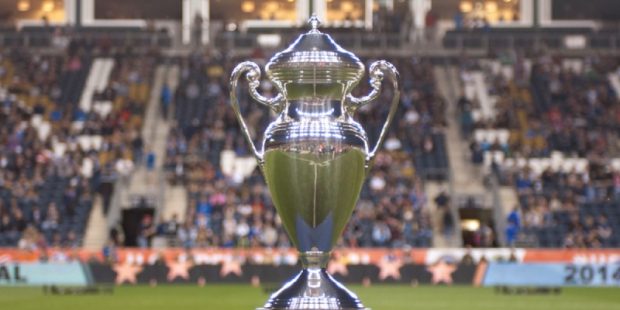 The last quarterfinal of the U.S. Open Cup will take place on Wednesday night, as Orlando City SC will host Nashville SC. The other semifinal teams are set, as Red Bull NY routed NYCFC, 3-0, and will face the Orlando City-Nashville winner. The other semifinal will feature Sporting KC against Sacramento Republic FC, the only second-division side to appear in the final four. Sacramento and the Orlando City-Nashville winner will host the two semifinals. Orlando City beat Inter Milan, 4-2, on penalties (1-1 after extra time), while Nashville downed Louisville, 2-0, in their round of 16 action. Check out the preview as you consider your Soccer betting options.

Why should you bet on Nashville?

Nashville stopped MLS peer Atlanta United 3-2 in the round of 32 and then stopped Louisville City, from the second-division USL Championship, in the round of 16. Nashville beat Orlando City last year, 3-1, eliminating Orlando from the MLS Cup Playoffs. Nashville switched to the Western Conference this year, so the two teams have not met in the regular season yet.

In Nashville’s win over Louisville City, it looked like the USL side would win early. The visitors dominated the early action and scored in the 37th minute, as Brian Ownby nailed a header in the far corner. However, in the 39th minute, Nashville equalized, as Jack Maher sent the ball over the top to Luke Haakenson, who sent it across, and Ake Loba finished into a gaping net. That was the first shot for Nashville – Louisville had already posted 10. Hany Mukhtar and C.J. Sapong came on for the hosts in the 77th minute, and Mukhtar buried a shot from the edge of the box in the waning minutes to take the lead, and they never looked back.

Why should you put your money on Orlando City?

Orlando City had to get through the grueling gauntlet of penalty kicks to advance against Inter Milan. Their offense could not get through Inter, even though they dominated possession and shots. The Lions did not miss from the spot after extra time, nailing all four of their attempts, while Mason Stajduhar stopped Bryce Duke’s shot and DeAndre Yedlin sent his over the crossbar.

For all 120 minutes of regular and extra time, Inter goalie Drake Callender was terrific, making a number of highlight-reel saves. Jean Mota actually opened the scoring for Inter, as the game went into extra time still knotted at zero, tallying four minutes into extra time. Orlando City had squandered a number of chances through the first 90 minutes, but they did not squander their chance three minutes after Mota’s goal, as Facundo Torres brought Orlando City level. Inter almost scored in injury time, but defender Michael Halliday had a brilliant strike on a shot from Leonardo Campana. Orlando now has won six shootouts in a row, and that sort of mental toughness bodes well as the bracket shrinks to four teams.

Home field means a lot as the playoffs advance, as the fan noise builds and the tension accelerates. Orlando City has some payback due for Nashville after last year’s playoff elimination. I predict a final score of Orlando City 2, Nashville 1.