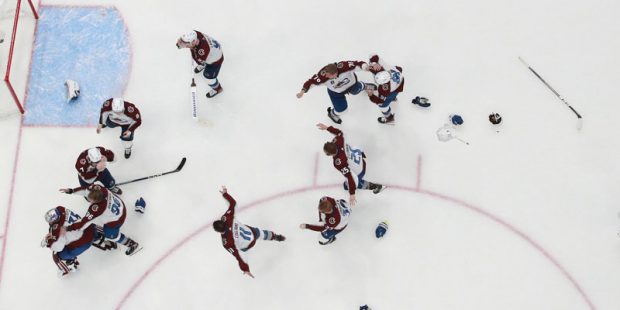 The Colorado Avalanche dispensed with the Tampa Bay Lightning and rolled to a Stanley Cup title in June. As we work our way through the off-season, it’s time to take a look at the sports betting odds for each team to skate with the Cup at the end of next season’s playoffs. The Avalanche return the vast majority of their core and are the favorites to pull off the repeat, but getting through the regular season and four rounds of playoffs is a grueling challenge each season. Let’s take a look at each NHL team’s odds and then talk about some of the contenders.


The Colorado Avalanche need to resign Valeri Nichushkin, as he put together a banner year. His two-year, $5 million contract is about to end, and the Avs will have to pay to keep him. He fits well and will be available for less than Nazem Kadri, another Colorado free agent. Nichushkin is 27 (while Kadri is 31), and Nichushkin has not yet hit his ceiling.

Do the Tampa Bay Lightning have another deep run in them? The Lightning won the two previous Stanley Cups and ground their way to the final this time around. The defense showed some cracks, not just during the regular season but at some key points in the playoffs, such as when they went down two games to none against the New York Rangers and trailed, 2-0, midway through Game 3 before waking up and storming back. It’s time for some rest, but can the Lightning get enough of it in one off-season?

The Toronto Maple Leafs inked Jack Campbell to a deal, giving them an outstanding goaltender for years to come. However, the Leafs also need to work on execution, as they went down against Tampa Bay in the first round – a series that the Leafs controlled at multiple points. Youth building to experience includes learning how to win, and the Leafs need to learn that lesson while they have this core in place.

The New York Rangers have the best goalie in the game in Igor Shesterkin, but they’ve been in this place before without getting a Cup (remember Henrik Lundqvist?) Why did Kaapo Kakko get scratched for Game 6 of the East finals, which the Rangers needed to win to survive against Tampa Bay? He is a fast and talented young with an extremely high ceiling, and the Rangers cannot afford to lose him to restricted free agency.

The Florida Panthers lost Claude Giroux to Ottawa in free agency, although that might not be a bad thing. They added him at the trade deadline to bring more scoring depth, but then the Florida offense vanished in the postseason, going 1 for 31 on the power play. The Panthers need to add another top-six scorer in order to maintain their contender status in the East.