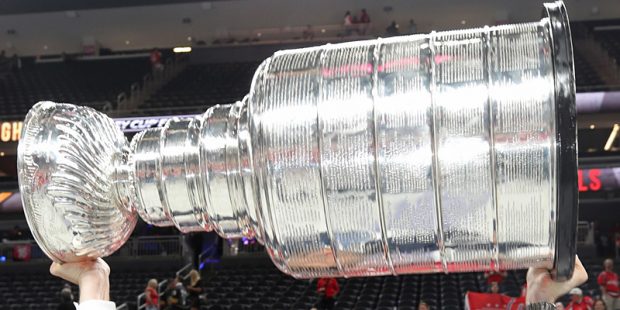 We’re near the end of the conference semifinals in the 2022 Stanley Cup Playoffs, and six teams remain alive for the title: Colorado, St. Louis and Edmonton in the Western Conference; and Carolina, the Rangers and Tampa Bay in the Eastern Conference. Tampa Bay and Edmonton have already punched their tickets to the conference finals, while the other four teams are still locked in the second round. Let’s take an updated look at the NHL betting odds for each team to hoist the Cup, followed by some insights on the last six teams standing.

Colorado swept Nashville in the first round and did it with offense, scoring 21 goals in just four games. The Calgary Flames, in contrast, scored just 15 goals in their seven-game series win over Dallas. Darcy Kuemper can stand on his head in net, which is what even the best offensive teams need if they are going to skate with the Cup.

Carolina is cruising even without starting goalie Frederik Andersen. Antti Raanta posted a .927 save percentage in the first round as the Hurricanes eliminated Boston in six games, limiting the Bruins to no more than two goals in each of their wins. The Hurricanes sometimes struggle to score goals, but they have dealt fine with the Rangers’ defense and their outstanding netminder.

Tampa Bay looks like they flipped the switch in the second round. They looked weary in their first-round win over Toronto, but then they made it look easy against Florida. This team is focused at just the right time.

Edmonton has another locked-in goalie in Mike Smith. Connor McDavid led the playoffs with 14 points in the first round and had a crucial overtime winner in the second round against Calgary. Leon Draisatl is the other skater in this scoring duo, as this is another offense that can score at will – and makes the team a legitimate threat to end a 29-season Cup drought for Canadian teams.

For the Rangers, Igor Shesterkin has looked human this time around, both against the Penguins and against the Hurricanes. He needs to regain that late-season form he had coming into the playoffs if the Blueshirts are to win these last two games.

St. Louis got rid of Minnesota with terrific special teams play and stellar netminding from Jordan Binnington, who posted a .943 save percentage in the three games that he played – all wins. The Blues are a much better team on both ends of the ice than are the Wild, and the Blues have to win at home and on the road to get to the next round.