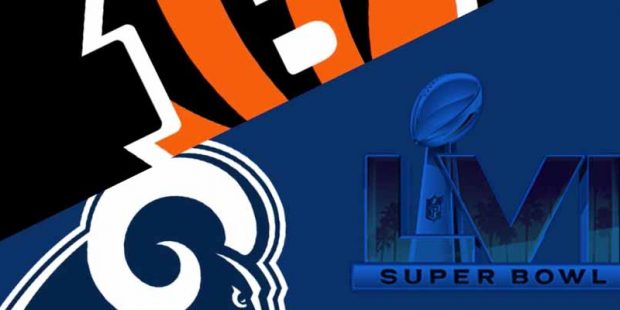 The Super Bowl is the largest sports betting event on the planet each year – and it has been this way for decades now. Because of NFL betting popularity, this was the first event to develop the elaborate side props that have now spread to other events. With more states opening up legalized online betting for sports, most experts in the field predict that Super Bowl LVI will set the world record for most money legally wagered on any event. The Los Angeles Rams will face the Cincinnati Bengals in a matchup of teams that we don’t see in this game often. The Rams last won a Super Bowl in 2000, while Cincinnati has never won a title and has not advanced to a Super Bowl since the 1980s.

Read on to find some of our top tips on what you should research before locking in a wager.

Which Team has more Turnovers?

Cincinnati had 21 takeaways during the regular season and finished dead even in turnover margin. In the postseason, though, they have seven takeaways and a +5 margin over three games. The Rams had 25 takeaways but just had a +2 margin. In the postseason, they have an even margin thanks to four lost fumbles in the divisional round against Tampa Bay. Matthew Stafford has thrown nine picks in his last seven games.

In the Super Bowl, teams that lose the turnover battle cover less than a fifth of the time. Tampa Bay had a 2-0 margin in the turnover department last year when they routed the Chiefs. Right now, the Bengals are doing a better job with ball security – and they are also grabbing more takeaways.

Which Team is more likely to get to 30 Points?

The Buccaneers hit 31 last year in their rout of the Chiefs. The Rams have made it to 30 in the wild card and divisional round games, while Cincinnati has not made it to 30 in the postseason, maxing out at 26. The Rams were 7-0 in games where they hit 30 in the regular season; Cincinnati was 6-1 in those games. We have two potentially explosive offenses here, but we also have two stout defenses, so this could be a number that neither team reaches.

You might think that the team that is better at pounding out yardage a bit at a time, chewing up clock, would do a better job at controlling the rhythm of a Super Bowl. However, the teams that have had the better rushing attack coming into the Super Bowl have only covered four times in the last 17 title games. This includes last year, when Tampa Bay had a slightly less prolific rushing game than the Chiefs – and got the big win. Neither the Rams nor the Bengals have run the ball well this season, but the Bengals have run the ball more effectively in the postseason. Could this backfire on Super Bowl Sunday?

Straight up winners have covered in 46 of the first 55 Super Bowls, a rate of almost 90 percent. In the case of relatively small point spreads like this game (with the Rams favored by 3 ½ to 4 ½ points, depending on the book) underdogs haven’t been able to cover without going ahead and winning the game straight up as well. When the point spread has been 5 ½ points or less, no underdog has covered while losing. So if you like the Bengals here, you might as well like them straight up as well.