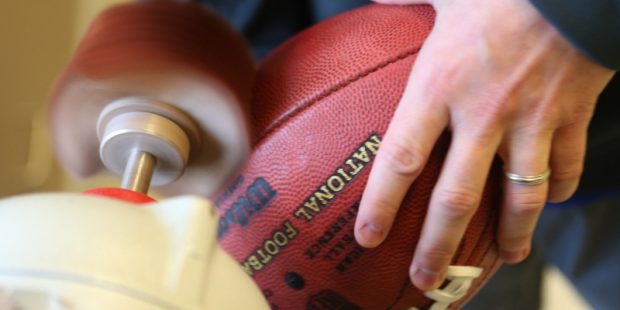 Each week, we are publishing an article about top sports betting picks during the NFL’s 2022 regular season, moving week by week. Now that we’ve reached Week 6, we will have four teams getting their bye: Detroit, Tennessee, Las Vegas and Houston. We will probably know whether Mitch Trubisky will work out at quarterback for the Pittsburgh Steelers, at least until Kenny Pickett is ready to take the job. We will also know whether Baker Mayfield has successfully resurrected his career with the Carolina Panthers. Check out our matchups as you think about your fall wagers.

Looking ahead to Week 6 of the 2022 NFL season, let’s look at your top NFL betting matchups.

I really want to take Chicago here. Justin Fields is a talented quarterback who will benefit from a new head coach after being stifled with too many drop-back passing situations last year, instead of RPO and zone-read plays, given his mobility. However, the talent around him is barren at best, so it’s hard to see them doing a lot of damage against anyone. The Washington Commanders bring in Carson Wentz looking to make his latest career renaissance story, and he has a decent line and wide receiving corps. The Washington running game is not elite, but neither is the Chicago defense, so I see the Commanders winning on the road. Washington to win straight up and cover.

Dalvin Cook is expected to return at 100% strength, and the Vikings still have Justin Jefferson and Adam Thielen running routes for Kirk Cousins. The defense was atrocious last year, but that system should be improved with a new head coach in town. The Miami Dolphins will learn if Tua Tagovailoa can be the franchise quarterback without Ryan Fitzpatrick to come in and win games down the stretch, and he has Tyreek Hill leading his wide receiver corps. I see the Vikings as better on both sides of the ball, so I’m taking the Vikings on the road. Vikings to win straight up and cover.

The rematch of the AFC divisional playoff comes at Arrowhead Stadium, where the Bills simply ran out of gas on defense in an overtime loss to the Chiefs. They will be primed for revenge, and Tre’Davious White should be back from injury. The Bills added depth in their secondary and bolstered their pass rush with Von Miller. This is the hungriest team in the AFC coming in, and we will see the fruits of that when they take this huge road win. Bills to win straight up and cover.

The Cowboys lost several key contributors from their solid defense last year due to free agency, and they traded Amari Cooper away for virtually nothing in return from the Cleveland Browns. The Eagles have added A.J. Brown to their wide receiving corps, and Jalen Hurts has another year of confidence as the Eagles’ starting quarterback. The Cowboys might beat Philadelphia in Dallas, but I don’t see them winning the road game in this series. Eagles to win straight up and cover.

This is an intriguing prime-time matchup, with Russell Wilson squaring off against Justin Herbert. Will a move to a better team rejuvenate Wilson after stagnation in Seattle? Or has his time come and gone? By Week 6, we will have a better idea than we have now. We will also have a better idea about the improvements in the Chargers’ defense. In a game that feels like a toss-up, I like to take the value, so I’m going to take Denver to cover, although I would strongly consider buying a half-point to make that line 3 ½ points to avoid the push.