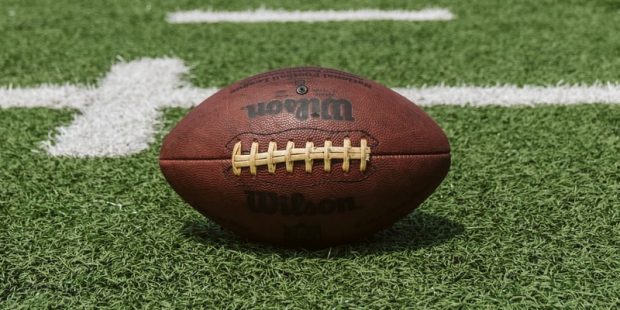 The first round of games in the 2022 NFL preseason came and went this past weekend, and we learned a few things. Deshaun Watson has a lot of rust to knock off ahead of the regular season, and the uncertainty around him continues to swirl after the NFL’s appeal of his six-game suspension. Baker Mayfield looked healthy and confident in his first action in Carolina. The Dallas Cowboys still have not learned to play smart football, committing 17 penalties in their preseason opener. One of those involved a player lining up offsides on a field goal that the Denver Broncos missed…but the five-yard penalty brought the kicker close enough to make it the second time. The San Francisco 49ers have a confident quarterback in Trey Lance, making Jimmy Garoppolo even more expendable. Who should you choose to win each division in your online betting? We have your NFL picks right here.

I think people are still sleeping on the Cincinnati Bengals, even though they just rolled to a Super Bowl. Lamar Jackson will be looking for redemption after a lost season last year, but the Bengals didn’t really turn things on until the second half of the season. I don’t see Joe Burrow undergoing a Super Bowl hangover. Cleveland is going to have a dumpster-fire season, as each day seems to bring a new headline out about their quarterback situation. Pittsburgh is rebuilding with a new quarterback – and Kenny Pickett looked terrific in the preseason opener. But remember, it’s the preseason. Bengals to win.

The Colts have a better roster than the Titans do. Their problems the past couple of seasons have come at quarterback. Last year, Carson Wentz’s meltdown in the last month of the season knocked the Colts out of the postseason. We’ll see if Matt Ryan turns out to be a better option, even though he has even less mobility than Wentz. We also don’t know if Derrick Henry is back at full strength for the Titans. Jacksonville has some hope a few seasons from now, while Houston is still in the wasteland of rebuilding. For now, the Colts are the smart pick, even though they don’t have as much value. Colts to win.

I’m not sure why the Dolphins are even with the Pats for second place on this odds list. The Pats have the better quarterback and the better head coach, so while Miami did add Tyreek Hill, Bill Belichick will know how to counter him since the Dolphins don’t really have an elite quarterback, at least not yet. The Jets just lost Zach Wilson indefinitely with a knee injury, suggesting yet another lost season. The Bills came into the offseason with just a handful of flaws and addressed them in the draft and free agency. It’s their division to win. Bills to win.

All four of these teams could legitimately win this division. The Chargers and Broncos look better to me than the Chiefs, simply because of the down year that the Chiefs had in 2021 and because of the upgrades the Chargers and Broncos made to their rosters. I also don’t have a problem picking the Raiders here, now that Derek Carr has Davante Adams running routes for him, although the Raiders might have the worst defense in this division. Right now, my money is on Russell Wilson to rejuvenate an ironclad Denver roster. Broncos to win.

Who is the only NFL quarterback to throw at least 25 touchdown passes in each of the last seven seasons? If you knew it was Kirk Cousins, then you have done your research a lot more in-depth than we have. The problem with Cousins is that he tends to fold under pressure, while Aaron Rodgers does not. Detroit and Chicago would be in danger of relegation if this were a European soccer league. Packers to win.

I think the Saints might have the highest ceiling in this division, but I also think the Buccaneers have the better running game and the tighter defense. They also have the most venerable quarterback in the league running through his last season. The Falcons are rebuilding, and while the Panthers now have Baker Mayfield, there are many other problems on their roster. Bucs to win.

The Cowboys had a solid 12-5 season last year, but then they addressed none of their free-agency losses in the off-season. The Eagles added an elite wide receiver (while the Cowboys traded one away and lost another to free agency), and they have a confident quarterback in Jalen Hurts. The Giants are giving Daniel Jones one more season to see if he can stop turning the ball over, and the Commanders are the latest team to see if Carson Wentz can actually lead an NFL offense anymore. Eagles to win.

I would jump on this Rams bet as soon as you can, because this moneyline won’t stay positive for long. The 49ers are working in a new quarterback, and the Rams (and other teams) should be able to bring enough pressure to keep him from leading his team to a division title. The Cardinals have some significant locker room problems, and they don’t have DeAndre Hopkins until the seventh game. Seattle is, to put it charitably, rebuilding. Rams to win.