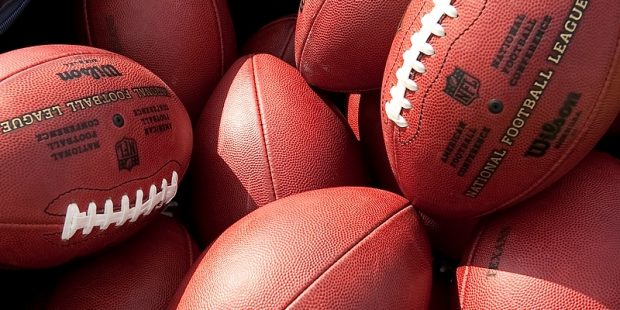 If you’re like many sports betting enthusiasts out there, then the start of the NFL regular season is an exciting time for you. Week 1 begins on Thursday, September 8, as the Buffalo Bills visit the Los Angeles Rams, fresh off their win in Super Bowl LVI. Some teams start the season in divisional rivalries, while other teams start in elite conference matchups. Let’s take a look at the NFL odds for each matchup as well as our thoughts on which games have the most opportunity for you to start the season with some profits.

In the Ravens-Jets matchup, the Jets have improved their defense, adding players to the secondary in the draft. However, their run defense is not a strong area, and the Ravens not only have a solid O-line, but they also have the running threat of Lamar Jackson to go along with their tailbacks. I see the Ravens starting the season by working out some frustrations in a rout of the Jets. Ravens to win and cover.

Take a look at the Steelers-Bengals tilt as well. This is a big line, but we don’t really know what the Steelers’ offense will be like. Will they feature Mitch Trubisky or Mason Rudolph at quarterback? The Steelers bring a tough defense, but I don’t see them giving that defense enough time off the field, and the Bengals should take over in the second half. Bengals to win and cover.

An interesting AFC East game is the Pats-Dolphins tilt down in Miami. The Patriots go in as three-point underdogs, but Mac Jones is farther along the learning curve than Tua Tagovailoa is, at least on the basis of their 2021 performance. The Dolphins have gotten some interesting wns over the Patriots, but adding Nelson Agholor to the wideout crew and bringing Bill Belichick’s defensive acumen to the game means that I like New England to cover.

The Chiefs-Cardinals game could be a track meet, with Patrick Mahomes and Kyler Murray quarterbacking two offenses that can be white-hot. However, the Chiefs started out slowly last year, and this time around, they don’t have Tyreek Hill running routes. Kyler Murray might hold out of training camp if he doesn’t get an extension, and if that dispute lasts too long, Murray could have some rust coming in. Neither defense is all that stout, but I see both offenses having a difficult time getting things going. Take the under.

Tom Brady squares off with Dak Prescott in the Bucs-Cowboys matchup in prime time on Sunday. The Cowboys had an elite defense last year, but they lost some key talent on that side of the ball in free agency, and it’s hard to say that they have replaced those players adequately. Dak Prescott showed up to training camp in elite shape, but we haven’t heard the same thing about Ezekiel Elliott, and Amari Cooper is in Cleveland – and the Cowboys aren’t likely to have Michael Gallup in the opener. I see Tom Brady weathering an early storm and leading the Bucs to victory. Tampa Bay to win and cover.