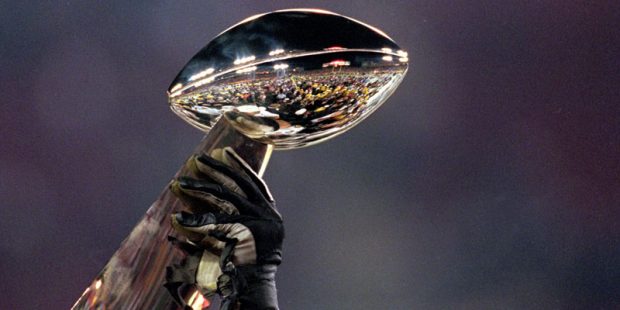 The 2022 regular season should be a fascinating one in the NFL. Now that the New England Patriots have finally fallen from the top of the AFC, there are four teams that it would be easy to see in Super Bowl LVII: Buffalo, Kansas City, Baltimore and Cincinnati. The NFC, in contrast, has really shrunk to the L.A. Rams…and everyone else. Let’s take a look at the latest NFL betting odds for each of the 32 teams to win Super Bowl LVII and talk about some of the possible matchups.

The Tampa Bay Buccaneers are the NFC favorite because of Tom Brady’s presence on the roster. His deal to enter sports commentating, already signed, likely means that 2022 will be his last season. Rob Gronkowski has gone into retirement once again and has said he will not come out, but Brady still have a lot of weapons on offense. The defense is still stout, but the odds here are lower than they should be, simply because Brady is still on the roster.

The L.A. Rams should be the favorites in the NFC after winning last year’s Super Bowl, even though repeating as Super Bowl champions hasn’t been done in two decades. With Cooper Kupp and OBJ, the Rams have the top pair of wideouts in the conference, and Matthew Stafford overcame a history of untimely turnovers to lead his team to a title. The defense was historic in its clamping down on the run and its pass rush, and the unit should be solid again despite the loss of Von Miller.

The San Francisco 49ers are going through a quarterback transition – and they’re the fourth highest team on the odds list. That tells you everything you need to know about the NFC. What about the Green Bay Packers? Aaron Rodgers lost Marques Valdes-Scantling and Davante Adams, so even though he should be able to guide the team to another NFC North title, getting through the playoffs will be even tougher than it was last year, when the Packers could not beat San Francisco at home in the divisional playoff. What about Dallas? Ezekiel Elliott is a year slower, the defense lost some key free agents and Amari Cooper is in Cleveland.

Buffalo shored up their defense, adding Von Miller to key the pass rush and going to the draft to add depth in the secondary. Their offense was already elite, but it was a defensive meltdown against Kansas City in the fourth quarter of last year’s AFC divisional round that kept them from threatening to make the Super Bowl. They should be the hungriest team, and they have teh most complete roster.

Kansas City should also be hungry after losing the AFC Championship at home to Cincinnati, but they lost Tyreek Hill, replacing him with Valdes-Scantling. That’s not a huge dropoff in talent, but it wil be interesting to see how motivated the Chiefs are, and how their offensive line holds up.

Cincinnati appears way down a lot of odds lists, but I think Joe Burrow and Ja’Marr Chase come back stronger this time around. They won’t need to spend a half-season building confidence, having gone all the way to a Super Bowl last year. They won’t sneak up on anyone, but Joe Burrow won a playoff game in which he was sacked nine times, telling me that he might be the toughest quarterback not named Josh Allen.

Baltimore could bounce back behind Lamar Jackson, as soon as the Ravens figure out how to come from behind. Denver could be Russell Wilson’s grand return to glory, but he takes the field in a division where all four teams could win the title. The L.A. Chargers are another team with extremely high upside, assuming their defense shows up this year.

Matchups (in order of probability)