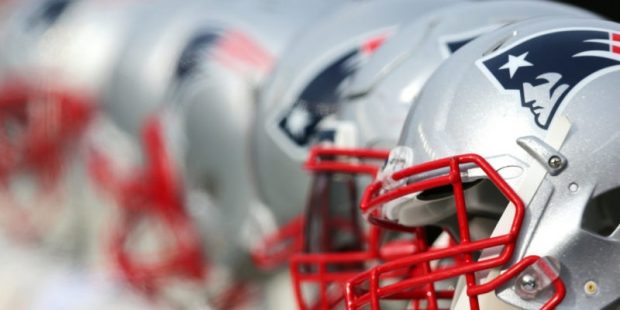 The New England Patriots are still an important part of the NFL conversation, as evidenced by their five prime-time games this fall – including a Thanksgiving night game. The schedule begins, once again, with a date with the Dolphins on South Beach, and the Pats also take on the AFC North and the NFC North. The other NFC matchup (based on 2021 finish) is the Arizona Cardinals. How will Mac Jones fare in his sophomore season? We have heard that he showed up in much better shape this time around, so will it pay off? Check out our NFL betting prediction for each game.

Bill Belichick has had plenty of time to figure out how to stop Tua Tagovailoa, and Mac Jones now has Nelson Agholor running routes. 1-0.

The Steelers’ defense is solid, but they’re going to be rolling out a new quarterback (Kenny Pickett or Mitch Trubisky) or a retread former backup who has struggled in the past (Mason Rudolph). 2-0.

The Ravens have better O- and D-lines in terms of strength and power, and they look to grind out game after game once again this season. 2-1.

Even with Davante Adams playing ball in Las Vegas, the Packers still have Aaron Rodgers, and he should still be able to have his way with the Patriots’ defense. 2-2.

The sports books think the Lions will win six games this year. Does Bill Belichick know how to shut down Jared Goff? Yes, yes he does. 3-2.

I’m reading that Deshaun Watson will face a suspension of at least one season. That means that the Browns will either apologize to Baker Mayfield or hand the offense to Jacoby Brissett – whom Bill Belichick knows very well. The Browns’ defense and running game should be able to take over this game anyway, though – if the locker room chemistry has recovered. 3-3.

This is not the most exciting Monday Night Football matchup of all time. For Pats fans, though, this should be an easy skate. The Bears have gotten rid of all of their defensive stars, and Justin Fields has no threats running routes for him. 4-3.

The Jets should be better, at least on defense, but I”m not sure they can score two touchdowns on offense in this game. 5-3.

The Colts ended the Pats’ seven-game winning streak last year, and that was with Carson Wentz at quarterback. Matt Ryan is an upgrade, right? 5-4.

The Jets would like to get payback, but the Patriots smell a wild card coming. 6-4.

Traveling on a short week almost always does damage to the traveling offense, and the Vikings have Dalvin Cook and a cannon-armed quarterback in Kirk Cousins. Yes, Cousins has a way of giving the ball away at just the wrong time, but there really isn’t any pressure in this matchup. 6-5.

The Bills have an even better defense than they had last year, and they still have a transcendent offense. 6-6.

Three prime-time games in three weeks? No problem. The Cardinals should have started another late-season swoon by this time. 7-6.

This is a tough pick, as Derek Carr has a high ceiling, but he is also susceptible to the bad game, particularly against a clever defense. Josh McDaniels takes on his mentor this time around, and I think the Raiders have the offensive talent to win this. 7-7.

There are some people who think the Bengals take a huge step back this year. I am not one of those people. 7-8.

The Dolphins have to play a road game in January? 8-8.

The Bills salt away the division and deny the Pats a wild card. 8-9.