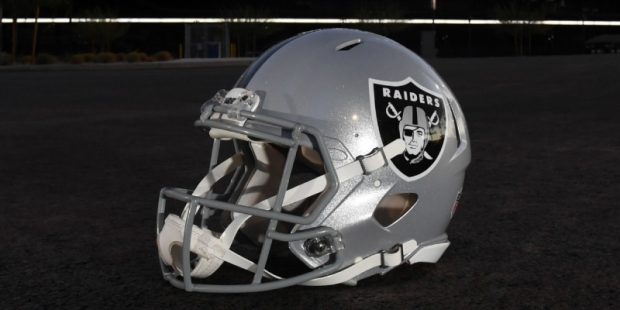 The Las Vegas Raiders made it to the playoffs last year for the first time since 2017. Getting to the postseason didn’t convince the team to take the “interim” tag off the title of Rich Bisaccia, as Josh McDaniels comes west from New England to take the head coaching job. Wide receiver Davante Adams comes from Green Bay to give quarterback Derek Carr another target. The AFC West could be the most competitive division in the NFL, so how will the Raiders fare? We have a NFL betting pick for each week of their schedule.

Expect some raucous fans and a Chargers team ready to avenge that overtime loss from Week 18 last year. 0-1.

I think the Raiders have the better offense coming into the season, especially since the Cards won’t have DeAndre Hopkins. 1-1.

Can the Raiders stop Derrick Henry? That will be the key question, because a pounding running game could take over the rhythm of the whole day. 1-2.

Denver’s defense should be able to clamp down on the Raiders, while Russell Wilson enjoys his new roster. 2-2.

The Raiders won in Kansas City last year, and I don’t think the Chiefs are as good this time around. 3-2.

I’m not sure Houston will win very many games at all this season. 4-2.

I see the Saints making a run for the NFC South title and beyond with a healthy Jameis Winston and Michael Thomas. 4-3.

An early slot in the Eastern time zone will be a struggle, but the Raiders will prevail. 5-3.

The Raiders will get after Matt Ryan with their pass rush and use those ensuing turnovers to win. 6-3.

Las Vegas gets revenge for that earlier loss, as the league starts to figure out Russell Wilson’s new ceiling. 7-3.

In a battle between Drew Lock and Derek Carr, I’ll go with Carr. 8-3.

Derek Carr goes off in a high-octane offensive night and the Raiders get the split. 9-3.

That Ram defense brings this five-game winning streak to a crashing halt. 9-4.

Josh McDaniels takes on Bill Belichick, but I think Mac Jones can deliver just enough to get the prime-time road win. 9-5.

I don’t think Trey Lance is ready to win a late-season game against a playoff contender. 11-5.