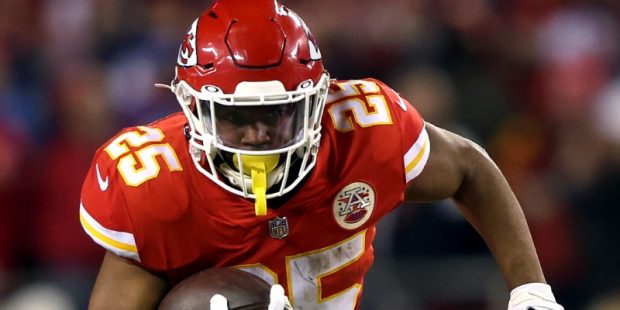 The last three seasons have seen the Kansas City Chiefs fall from the top of pro football into a collection of contenders in an increasingly strong AFC. For years, it was basically the New England Patriots and everyone else, but after the Chiefs won Super Bowl LIV and made it back for LV, only to lose to Tampa Bay, they have been caught by the likes of Buffalo (who only lost the divisional playoff to the Chiefs because the Chiefs got the ball first in overtime) and the Bengals (who beat Kansas City at Arrowhead to win the AFC Championship). Teams like Baltimore and Tennessee are not far behind. We have NFL betting picks for each of the Chiefs’ 17 games in 2022.

Arizona won’t have DeAndre Hopkins, and they might have a rusty Kyler Murray if the team takes too long to overpay him with a contract extension that would be at least a year early. 1-0.

The Chargers have to travel on a short week, but don’t sleep on Justin Herbert in prime time, and don’t be surprised if the Chiefs fall into the early trap game. 1-1.

Will Matt Ryan be able to keep up with Patrick Mahomes? Will the Colts’ defense smother a Chiefs offense that won’t have Tyreek Hill? Jonathan Taylor could run all over the Chiefs. 1-2.

This has to be Tom Brady’s last year, with his huge sportscasting deal already having been announced. I expect him to be focused and prepared for prime time, and the Buccaneers do have the better defense. 1-3.

Derek Carr comes to town, and the Raiders’ addition of Davante Adams brings their offense even closer to the Chiefs’ level of production. Is it time to panic? 1-4.

At this point, with their backs against the wall, the Chiefs roar back and deliver frustration to Josh Allen one more time. 2-4.

The Chiefs finally get a breather from a tough schedule and beat a 49er team trying to add a second-year quarterback without going through an entire rebuild 3-4.

I would pick the Titans here, because I expect a healthy Derrick Henry to return as a beast, but the Titans still can’t stop the pass. 4-4.

At what point will the Jaguars get relegated to the SEC? Georgia and Florida will already have squared off in Jacksonville by this time, so the Jaguars might be the third-best team to play in that stadium this year. 5-4.

That four-game winning streak was a lot of fun, but now it’s time to get back to some games against tough teams on both sides of the ball. 5-5.

The Rams still have an elite pass rush, which causes Mahomes problems, and I’m not sure the Chiefs can stop the L.A. offense. 5-6.

The Bills came to Arrowhead looking for redemption and were denied; I’m not convinced that Mahomes and the Chiefs can go to Paul Brown Stadium and stop the Bengals. 5-7.

If the Jaguars get relegated to the SEC, then the Texans should be considered to drop down to the Big 12. 6-8.

Will this be Pete Carroll’s last season in Seattle? A year with Drew Lock running the offense might make Florida look like a great option. 7-8.

The Chiefs will still be in contention for a wild card at this point, but at this point it’s win-or-go-home. 8-8.

If the Chiefs do better than I think, then this game might be for the AFC West. It could also be the Chiefs’ last gasp at a playoff spot. Either way, I see Mahomes grabbing that W. 9-8.