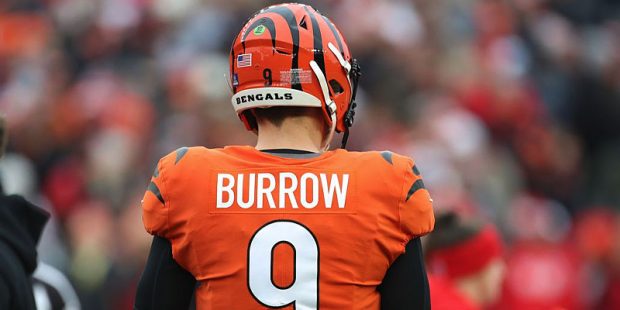 The Cincinnati Bengals had an exciting season in 2021. They beat the Kansas City Chiefs to secure an AFC North crown and then rolled all the way to the Super Bowl, where they just fell short against the Los Angeles Rams. Joe Burrow’s team looks for another solid season, but this time around it will be tougher. With a first-place schedule, the team will have one of the hardest schedules in the NFL. They don’t get a bye until Week 10, and they play in prime time five times. That’s what happens when you win, so how will the Bengals respond? We have NFL betting thoughts about each of their 17 games.

Big Ben is out, and Mason Rudolph, at least for now, is in, although it could also be Mitch Trubisky or rookie Kenny Pickett out of Pitt. None of those three should be able to outduel Burrow. 1-0.

Dallas had an outstanding defense in 2021 but lost several key players to free agency and did not do much to replace them. Expect a high-scoring game, but also expect Dallas to make enough mistakes late for Cincinnati to win. 2-0.

The Jets beat the Bengals last year, and they might be better this year after making some key additions on defense. However, the Bengals should have this date circled in red to get some payback. 3-0.

This is an interesting game, as Miami now has Tyreek Hill, and Tua Tagovailoa has another year of NFL experience. However, Miami has to travel on a short week, which usually bodes poorly for offenses. 4-0.

The Ravens will be ready for some payback, and Lamar Jackson should keep up with Burrow in this one. 4-1.

Jameis Winston will be healthy, and Michael Thomas is back at wide receiver. The Bengals’ pass defense is not elite, and this will be a challenging road game. 4-2.

The skid ends against Atlanta, as the Falcons are rebuilding around either Marcus Mariota or rookie Desmond Ridder at quarterback. 5-2.

Cleveland still has a steady defense, but the team is likely to have a suspended quarterback in Deshaun Watson. 6-2.

This will be an interesting team in a few years, if Matt Corral or Sam Darnold can fulfill their promise as a starting quarterback, but they’re still in rebuild mode now. 7-2.

Pittsburgh is a tough place to play, but the Steelers just don’t have the offensive talent to get a split. Not yet. 8-2.

The Titans like to pound the ball, and while the Bengals can stand tall on defense, a healthy Derrick Henry causes real problems. 8-3.

Cincinnati beat Kansas City twice last season, and the Chiefs will be ready for revenge. They don’t have Tyreek Hill anymore, but they still have a high-octane offense. 8-4.

Watson might be back for the Browns by now, but given the chemistry issues his presence will cause in the locker room, will it matter? 9-4.

Tampa Bay has a solid pass rush and should have an elite offense. Even so, I like the Bengals to come back late and win. 10-4.

This feels like a bit of a trap game with the Bengals looking ahead to Buffalo next week, and Bill Belichick will have tricks on defense to fool Burrow. 10-5.

The Bills added Von Miller to make their pass rush even tougher, and what could be an AFC Championship preview will come down to the last possession. 10-6.

The Bengals come back from a tough pair of losses and salt away the AFC North with a win over the Ravens at home. 11-6.