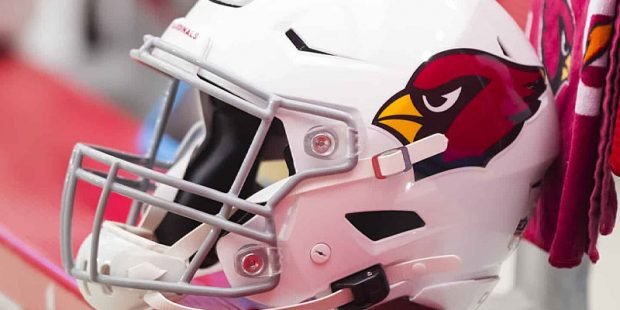 The Arizona Cardinals have started strong each of the past two seasons, only to sputter down the stretch. In 2021, the team started 7-0 but finished the regular season 11-6, losing four of their last five games, and only beating Chicago and Dallas after the bye. They made the playoffs but got drilled, 34-11, in the wild card by the Los Angeles Rams, a game that got so ugly that Arizona quarterback Kyler Murray reportedly asked to come out of the game. Can the Cardinals rebound in 2022 and actually finish strong? We have NFL betting predictions for each of their 17 games.

In last year’s opener, Arizona ran the Tennessee Titans off the field. Kansas City comes to town without Tyreek Hill or Tyrann Mathieu, and they may be ripe for a regression of a year. The Cardinals should have the same players, but I’m not sure the team trusts Murray. 0-1.

The Raiders also have a high-octane quarterback in Derek Carr, and Chandler Jones will be looking for revenge against his former team. Will the Raiders’ defense be able to stop Kyler Murray? I think I like the Raiders’ chances at home. 0-2.

Not having DeAndre Hopkins will continue to plague the Cardinals against an elite divisional opponent. 0-3.

Did you know that Arizona has not beaten Carolina since 2013? That will change this year, as the Panthers are still in rebuilding mode, especially on offense. 1-3.

The Eagles added A.J. Brown at wide receiver, and that will make the Philadelphia passing game more dangerous. However, the Eagles’ defense is still suspect. 2-3.

The Seahawks will be rolling out Drew Lock at quarterback. Their running game is nonexistent, and their defense is in shambles. 3-3.

Hopkins makes his season debut against a Saints team that has to travel on a short week. He should come in fresh, and the Cardinals should get a jolt from his return. I’m not sure the Saints defense has what it takes to slow him down. 4-3.

This is the first time that the Cardinals will play in the early time slot, and they have to travel to take on a team that should be pushing Green Bay in the NFC North. 4-4.

Drew Lock and the Seahawks should still be ambling along in their rebuilding project, which means that they should be easy pickings for the Cards at home. 5-4.

The Cardinals beat the Rams in Los Angeles last year, but that was early in the season. By this time, the league will know what the Cardinals are bringing. 5-5.

The 49ers will have Trey Lance at quarterback in a rebuild of their own. I think Murray wins this QB duel. 6-5.

The Chargers might be the best team in the AFC West this season. The Cardinals have tended to swoon after the start of November. 6-6.

Can Bill Belichick outduel Kliff Kingsbury in prime time? Of course he can. 6-7.

Russell Wilson continues his renaissance season in the Mile High City, and the Denver defense corrals the Cardinals. 6-8.

Tom Brady has not beaten an Arizona Cardinals team since 2004. That streak ends in prime time on Christmas night. 6-9.

The Cardinals work out some frustrations from this long losing streak against a rebuilding Atlanta team. 7-9.

Out of the playoffs, the Cardinals continue to work through their irritation with a lost season and extend the woes of Trey Lance’s rookie campaign. 8-9.