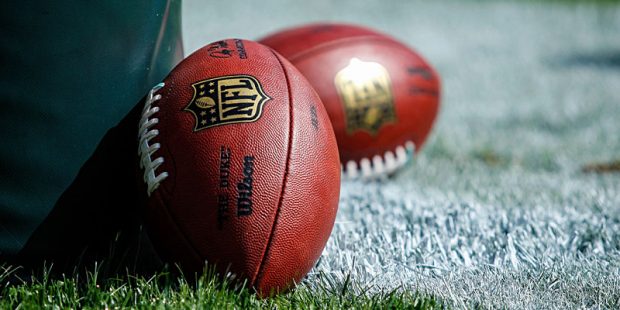 Week 1 of the 2022 NFL regular season is just about over, with the exception of the Denver-Seattle showdown on Monday night. We saw a lot of surprises, such as Saquon Barkley turning back the clock and just unloading on the Tennessee Titans, who are still waiting for Derrick Henry to return fully from his foot fracture. The Titans had a chance to make a game-winning field goal, but it drifted left. Another surprise was Joe Burrow throwing four interceptions in the season opener against Pittsburgh – only to throw a game-tying touchdown pass at the end of regulation. An injury to the Bengals’ long snapper, though, put a tight end in that spot, and a slow snap led to a blocked extra point. In overtime, a high snap led to a bad placement of the ball – and a field goal that went way left, and the Steelers ended up taking a bizarre win in the opener. This doesn’t mean that the Titans and the Bengals will miss the playoffs, of course, but losses now count the same as losses after Thanksgiving. Should we revise our playoff outlook as far as NFL betting futures are concerned? Here are our thoughts after the opening week.

NFL News: Who Will Make the Playoffs?
Updated Predictions after Week 1

A team that has taken a big nosedive after the first week is the Dallas Cowboys. They entered the regular season favored to win the NFC East, but after that awful opener against Tampa Bay, their prospects are dim. Yes, Dak Prescott suffered a fractured hand in the fourth quarter, but even before that, the offense was doing absolutely nothing. The team only has one draft-quality wide receiver now, and that is CeeDee Lamb. He had 11 targets in the opener – with two catches. The Cowboys also committed ten penalties, four from Terence Steele, the right tackle. So Mike McCarthy’s commitment to playing smarter football has not really come to fruition yet. Losing La’el Collins to the Bengals and Tyron Smith and Connor Williams to injury means that the offensive line, which already lacked depth, will struggle with pass protection and run blocking. We already had this team projected at 8-9, but if Prescott will miss extended time, that win total might be around six now. With Cooper Rush set to take the field as the backup quarterback behind an iffy line and without quality wide receivers, it could be a while until Dallas gets a win.

Could the Washington Commanders snag a wild card? Could they win the NFC East now? They added Carson Wentz in the off-season, and we saw the good, the bad and the ugly that comes with having him on your team. He had four touchdown passes and two interceptions, and the two picks both came on hideous decisions – but then he came back and threw a pair of bombs for scores to lead the Commanders over Jacksonville. The Commanders converted on a whopping 70 percent of their third downs, while the Jaguars only covered 25 percent. That is a huge improvement over both numbers for Washington from last season.

We suspected that the Arizona Cardinals might be due for some regression, and they got undressed at home by the Kansas City Chiefs in their opener. Kansas City ran 66 offensive plays and converted 33 first downs, and they scored on their first five possessions. That meant that the Cardinals were constantly having to play from behind, but even from the beginning, the Cardinals did not show the same level of offensive firepower that they have in Kyler Murray’s other seasons. It didn’t help that DeAndre Hopkins is serving a six-game suspension to start the season, but for now, it’s hard to see the Cardinals snagging a wild card.

The Miami Dolphins finally looked like a dominant team with Tua Tagovailoa at quarterback. Jaylen Waddle and Tyreek Hill both made big catches, but the real story was the Dolphins’ secondary. Davante Parker could not find separation as the Patriots just could not move the ball. They could be the team that pushes Buffalo in the AFC East this season.