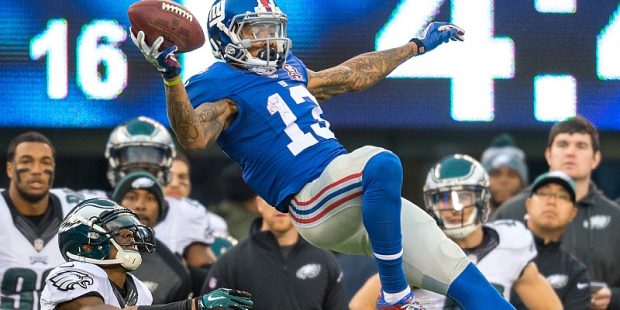 Each year, it seems like one of the eight NFL divisions has four teams that could all come away with the crown to that division, and in 2022 that is the AFC West. With the arrival of Russell Westbrook in Denver, the Broncos, who already have an elite defense, are ready to contend; Let’s take a closer look at each total as well as our projections to include in your NFL betting.

Denver’s running game was already strong last season, thanks to the emergence of Javonte Williams, and the team added Melvin Gordon III just before the draft. A strong running game (which Russell Wilson did not have behind him in Seattle) will make life easier for Wilson. Denver opens in Seattle (which I have pegged as a win right now, as the Seahawks are looking at Drew Lock as their starting quarterback. Next up come visits from Houston (win) and San Francisco (win). A trip to Las Vegas could leave the Broncos at 4-0, but I think 3-1 is more realistic. Then comes a visit from the Colts, a trip to play the Chargers (3-3), a visit from the Jets and a trip to London to play Jacksonville before the bye; I see the Broncos at 5-3 at that point. After the bye comes a trip to Tennessee and a visit from Las Vegas (7-3). Then the Broncos go to Carolina and Baltimore (8-4). A visit from Kansas City makes the Broncos 8-5, but then they make it to 9-5 after beating Arizona at home. Trips to play the Rams and Chiefs will leave the Broncos 9-7, so even if they beat the Chargers, I don’t see the over making. There’s not much value on this, though. Take the under.

I see the pass rush posing a problem for the Chiefs, because other than first-round draft choice George Karlaftis, the D-line remains thin. Frank Clark took a pay cut to avoid getting released, but getting after the passer is a skill that the Chiefs will need in this division. The Chiefs could easily start 1-3 (at Arizona, at home against the Chargers, at Indianapolis and Tampa Bay). Things don’t get much easier, with visits from Las Vegas and Buffalo (2-4). Then the Chiefs head to San Francisco before the bye (3-4). A home date with the Titans looms after the break (4-4). Then comes a visit from Jacksonville (5-4). The Chargers on the road and the Rams at home will sink the Chiefs below .500 (5-6). A trip to Cincinnati will frustrate the Chiefs even more (5-7). Trips to Denver and Houston should get the Chiefs back to .500 (7-7), and visits from Seattle and Denver will see Kansas City at 9-7. Can they beat Vegas on the road? Either way, take the under.

The O-line should be better, with Thayer Munford and Dylan Parham coming to town, and Davante Adams’ arrival gives Derek Carr an elite target down the field. I think the Raiders open with a loss against the Chargers, but they go into the bye at 2-3, beating Arizona and Denver at home but losing to Tennessee and Kansas City on the road. Then they beat Houston, New Orleans and Jacksonville (5-3). Then they knock off Indianapolis at home and beat Denver and Seattle on the road (8-3). They beat the Chargers at home but fall at the Rams and at home against New England (9-5), but they split games with Pittsburgh and San Francisco (10-6). They finish at home against Kansas City, where their shot at the “over” falls apart (10-7). Take the under.

The Chargers picked guard Zion Johnson in the draft, and he should start from the get-go. They also picked tailback Isaiah Spiller. In free agency, the Bolts got tight end Gerald Everett and extended wide receiver Mike Williams, so this offense should be noticeably better. They could be 6-1 at the bye, opening with Las Vegas, visiting Kansas City, hosting Jacksonville, visiting Houston and Cleveland, and hosting Denver and Seattle. I only have Kansas City as a sure loss in that stretch. After the bye, the Chargers visit Atlanta and San Francisco (7-2). Then comes a home date with the Chiefs, and I see the Chargers earning the split. A win in Arizona makes them 9-2, and then comes a tough stretch (at Las Vegas, Miami, Tennessee, at Indianapolis). I project them to come through this 2-2, making their record 11-4. They host the Rams (loss) and end in Denver (win) for a record of 12-5. Take the over.