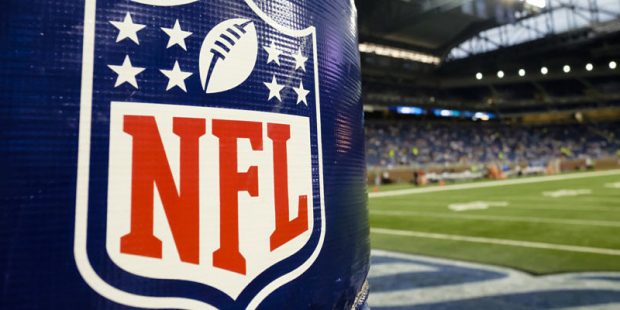 It is hard to imagine a more star-crossed division than the AFC South in recent years. The Houston Texans seemingly owned the title – but could never get past the first round of the playoffs. They had the best quarterback in the division – perhaps one of the best two or three in the NFL – but he demanded a trade, and then shortly after became the target of civil suits from 22 different massage therapists. The Indianapolis Colts had a generational talent in Andrew Luck before he suffered a lacerated kidney and walked away from the game. They followed him up with Jacoby Brissett, the last rodeo for Phillip Rivers and the latest collapse of Carson Wentz. Now they hope that Matt Ryan still has some gas in the tank after some dreary seasons in Atlanta. The Tennessee Titans had the league’s top rusher in Derrick Henry before a foot injury sidelined him for much of 2021, making even 2022 a question mark. Then there is Jacksonville, who finally got a franchise-caliber quarterback in Trevor Lawrence, only to see Urban Meyer turn his rookie season into a dumpster fire…and only to follow Meyer’s firing up with another questionable coaching hiring in Doug Pederson. Let’s look at the latest win totals for the four teams in this division as you ponder your NFL betting choices.

Houston’s offense ranked #30 of 32 in DVOA according to Football Outsiders, and the team is looking to second-year quarterback Davis Mills to lead it again. They did add guard Kenyon Green in the draft, and he should start. On the third day of the draft, they added tailback Dameon Pierce and John Metchie III. Is that enough for optimism? Houston hosts indianapolis to open, and the Colts’ defense should be able to shut this down. Then they go to Denver and Chicago, so an 0-3 start is a real possibility. Add a visit to the Chargers and a trip to Jacksonville, and you could easily be looking at 0-5 at the bye. Then comes a trip to Las Vegas and visits from Tennessee and Philadelphia (0-8). They visit the Giants and host Washington, and I think they get one win out of that pairing (1-9). They head to Miami and host Cleveland before heading up I-45 to Dallas, so I’ll say they win one of those three (2-11). Then they welcome Kansas City and go to Tennessee (2-13) before hosting Jacksonville (3-13) and finishing in Indianapolis (3-14). So for me, this prop is easy: take the under.

Indianapolis decided to stand pat on defense, particularly the D-line, in the draft. They did add Yannick Ngakoue to join the pass rush, but this draft was about offense. The Colts open easy, going to Houston and Jacksonville (2-0). Then they have two tough dates at home: Kansas City and Tennessee – but I think they split these (3-1). They go to Denver and struggle (3-2) before they return home to throttle the Jaguars (4-2). They lose at Tennesee, but they come home to beat Washington before losing at New England and Las Vegas (5-5). After that they win their last three going into the bye (8-5) (Philadelphia, Pittsburgh, at Dallas). They go to Minnesota and win out of the bye (9-5). They fall at home to the Chargers (9-6), but they beat the Giants on the road and Houston at home to finish 11-6. Take the over.

Did you know that Jacksonville linebacker posted 10 ½ sacks as a rookie in 2019? He had Yannick Ngakoue and Calais Campbell with him then, and even without them, he posted 10 sacks in the 24 games he has played since that time without any real talent on the D-line with them. Travon Walker came in the draft, along with Devin Lloyd, so the pass rush should be better. The Jaguars are likely to start 2-3, as they go to Washington, host Indianapolis, visit the Chargers and Eagles and host Houston – I have them beating Washington and Houston. Then they visit the Colts and host the Giants (3-4), but after that, things go downhill. Three against AFC West teams (Denver, Las Vegas, at Kansas City) should lead to a 3-7 record at the bye. Then comes a visit from Baltimore (3-8) and a trip to Detroit (4-8). A visit to Tennessee and a home date with Dallas should push them to 4-10, so they would have to win two of their last three just to get a push: at the Jets, at Houston, and Tennessee. I have them finishing at 5-12, so take the under.

Robert Woods is an intriguing player because he has not played a down for the Titans, but he is their top receiver after the front office shipped A.J. Brown to Philadelphia. Treylon Burks came with the pick received in the Brown trade and will give Ryan Tannehill another option in the passing game. The Titans open with the Giants but then visit Buffalo, host Las Vegas and visit Indianapolis, and I see Tennessee stumbling a bit to a 1-3 start. They finish with a win at Washington (2-3) to go into the bye. Then they host the Colts (3-3) before heading to Houston (4-3). A trip to Kansas City brings Tennessee back down to .500, but they get back to winning ways against Denver (5-4). Their visit to Green Bay goes well, thanks to the running game (6-4), and they upset Cincinnati at home (7-4). They push the record to 9-4 with wins in Philadelphia and at home over Jacksonville. They fall to the Chargers (9-5) but beat Houston and Dallas at home (11-5), finishing with a win over Jacksonville (12-5). Take the over.