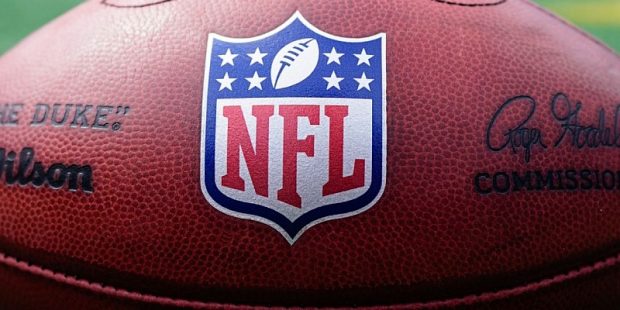 Coming into 2021, it looked like the AFC North would be the most exciting division in the NFL. With Lamar Jackson, Baker Mayfield, Joe Burrow and Ben Roethlisberger as the division’s quarterbacks, each divisional game oozed promise for drama. Then Mayfield fractured his non-throwing shoulder and would not take off enough time to heal properly, and the Browns drove into the ditch; things got so bad that the team is trying desperately to trade Mayfield and has brought in Deshaun Watson on a fully guaranteed contract, knowing that Watson may face a lengthy league suspension and has not played in two seasons. Burrow led the Bengals to a division title and an AFC title, living up to his promise. Jackson got to the playoffs but, once again, faltered under the klieg lights of pressure. Oh, and Roethlisberger retired after somehow making it into the postseason as well. Take a look at each team’s win total for 2022 with the NFL betting books as you consider your wagers for the fall.

The Ravens really needed to upgrade at wide receiver, so then they traded Hollywood Brown to Arizona – and then went through all 11 of their draft choices without a wide receiver. They did draft wisely, but now Rashod Bateman emerges as the top receiver. Can he produce? Things start easily for the Ravens, with games at the Jets and at home against Miami (2-0). Then, things get real quickly – at New England, Buffalo and Cincinnati (2-3). A trip to the Giants and a visit from the Browns get the Ravens back above .500, and I think they split games at Tampa Bay and New Orleans going into the bye (5-4). The second half starts easily too, with games against Carolina and at Jacksonville (7-4). Then comes a surprisingly tough visit from Russell Wilson and the Denver Bronco defense (7-5). The Ravens then split games at Pittsburgh and at Cleveland (8-6). A win over rebuilding Atlanta gets them to 9-6, and then they split a home date with Pittsburgh and a finale at Cincinnati (10-7). So they get over, but just barely, but without the level of value I’d need to bet big here. Take the over.

Supposedly, the NFL is wrapping up its investigation of Deshaun Watson, but with discipline looming (and uncertain), no book will offer a win total on the Browns right now. After all, the backup is Jacoby Brissett, a significant drop-off – and we don’t really know how much rust Watson has at this point either. We don’t know the impact of Watson’s situation on the Cleveland locker room. We do know that wide receiver Jarvis Landry has departed for New Orleans. For now, though, we’re waiting and seeing. I don’t have much confidence in the Browns this year even with Watson, because of the way the negative press will impact the team.

I think Cincinnati still comes in a bit underrated even after making it to the Super Bowl last season. The Bengals drafted well, and Joe Burrow returns with even more confidence than what he had before – and hunger from getting so close to a title and then losing. The Bengals start with a fairly solid shot at a 4-0 beginning to the year (Pittsburgh, at Dallas, at the Jets, Miami). Things get tougher with a trip to Baltimore (4-1), but trips to New Orleans and Cleveland, alternating with visits from Atlanta and Carolina, make an 8-1 record at the break extremely doable. After the break, the Bengals visit Pittsburgh and Tennessee (9-2). Kansas City comes to town, and I see Cincinnati holding serve as the Chiefs start to struggle a bit this year (10-2. A visit from Cleveland goes well (10-3), while losses to Tampa Bay and New England serve as a wakeup call (10-5). Then the Bengals finish with Buffalo and Baltimore at home, and I see them getting at least a split (11-6). Take the over.

The Mason Rudolph era begins in Pittsburgh this season, and we will see if he can avoid the interception bug as the starter. The Steelers start with three tough games (at Cincinnati, New England, at Cleveland) and I see them starting 0-3. Then a date with the Jets provides a nice breather, but then a visit from Buffalo and a home date with Tampa Bay sends them to a 1-5 start. Going into the bye, they play at Miami and at Philadelphia, and I see them splitting those to go 2-6. After the bye, the Steelers have home dates with New Orleans and Cincinnati (2-8). A trip to Indianapolis goes poorly, but then they win down in Atlanta (3-9). Baltimore brings too much defense to Pittsburgh, but then the Steelers beat Carolina and Las Vegas (5-10). Dates in Baltimore and at home against Cleveland leave the Steelers 6-11. Take the under.