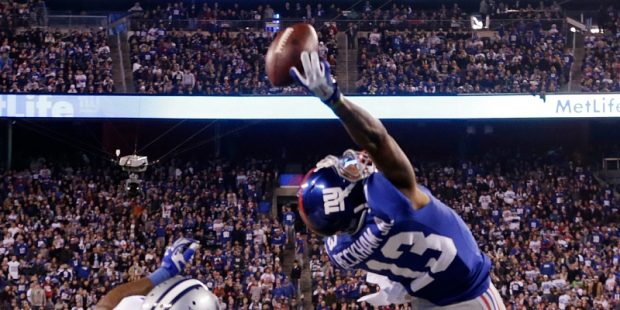 Reports from the New England Patriots’ camp indicate that quarterback Mac Jones has overhauled his conditioning coming into his second season. He got dragged on social media last year with pictures showing a bit of a stomach (as pro athletes go), but this time around, he looks lighter and stronger. This should mean more durability and mobility, which will bode well for the New England offense. Can the Patriots take the AFC East back from the Buffalo Bills? Check out our win totals for each team in the division as you consider whether or not to include these props in your NFL betting.

All the Bills really need to add is an interior offensive lineman or two. They did not address this in the draft, so watch for them to make some free-agent additions. Starting right guard Ryan Bates received an offer sheet from the Chicago Bears, but the Bills matched it, and guard Cody Ford, who came in the second round in 2019, is about to enter the last year of his rookie deal, so he will look to make an impression. The team’s schedule starts with a couple of tough opponents, with the Rams on the road and the Titans at home. Unless Buffalo has solved their run defense issues, this could be an 0-2 start. Then come trips to Miami and Baltimore, and by then I see the Bills right the ship at 2-2. They then split Pittsburgh at home and Kansas City on the road to go into the bye at 3-3. They come out with a home game against Green Bay, a trip to the Jets, and home games against Minnesota at Cleveland. A Thanksgiving date at Detroit should have them at 8-3. A trip to New England in prime time could be a trap game (8-4), but the next three games (Jets and Dolphins at home, at Chicago) should see them at 11-4. Then they finish at Cincinnati and at home against the Patriots, so I see them finishing 12-5. That’s a tight finish with the point total, especially given the low value. There are better wagers on this prop than the Bills, but if you really want to pick them, take the over.

The Miami Dolphins added Tyreek Hill, but it remains to be seen if Tua Tagovailoa has the arm to take advantage of Hill’s crazy speed. The O-line remains an area of concern, as the Dolphins used zero draft picks to bolster that unit, so they’re another team that will be picking through the free agency pile. The Dolphins have a brutal start: New England, at Baltimore, Buffalo, at Cincinnati, and this team could be 0-4 easily. A trip to the Jets should let them work out some frustration, and they should split home dates with Minnesota and Pittsburgh (2-5). They go into the bye with games in Detroit and Chicago and a home date with Cleveland, and I think they win one of those (probably the Detroit game) (3-7). Coming out of the bye, I see Miami beating Houston (4-7), but then trips to San Francisco, the Chargers and Buffalo will have them at 4-10. They host the Packers and visit the Patriots (5-11) and then finish with a win over the Jets (6-11). Despite the low value, take the under.

The Patriots needed linebackers, but they didn’t take any in the draft. They will get Cameron McGrone, whom they drafted last year but who missed 2021 rehabbing a blown ACL, and he will battle Mack Wilson, Ja’Whaun Bentley and Raekwon McMillan for starting jobs. However, they punched above their weight last year, and Mac Jones is ready for his second season. I think the Pats start with wins in Miami and Pittsburgh and at home against Baltimore (3-0). After that, they go to Green Bay and lose (3-1), but they beat Detroit, Cleveland, Chicago and the Jets to start at 7-1 and push the Bills. They lose to Indianapolis going into the bye (7-2), but they beat the Jets coming out (8-2). They beat Minnesota on the road before losing to Buffalo at home (9-3). They split games at Arizona and Las Vegas (10-4), and they lose to Cincinnati at home (10-5). Then they split a home game against Miami with a game at Buffalo (11-6). Take te over.

Mekhi Becton looks to have left tackle locked down, and he needs to show up in shape and ready to play a full season. He has only played eight full games out of 33, and that needs to change for the Jets to have a chance to throw the ball. They also revamped their defense and should be improved. I see them taking 1 of their first 3 (Baltimore, at Cleveland, Cincinnati) before beating Pittsburgh and Miami (3-2). They lose at Green Bay and Denver, and they lose at home to New England and Buffalo (3-6). Coming out of the bye, they lose at New England but beat Chicago at home (4-7). Then they lose at Minnesota and Buffalo (4-9) before beating Detroit and Jacksonville (6-9). They lose at Seattle and Miami (6-11), so they’re over, but just barely. Not enough value for me, but if you have to choose, take the over.