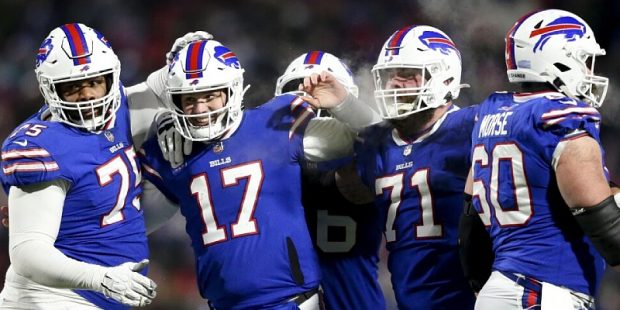 The Buffalo Bills have to have plenty of motivation coming into the 2022 NFL season. They have lost to the Kansas City Chiefs in two straight postseasons – in the AFC Championship two years ago, and then in the divisional playoff last season, a game in which defenses disappeared completely in the fourth quarter and overtime and that the Chiefs won simply because they won the coin flip to start the extra frame and took the ball first. That game led to a rule change that gave each team a chance at possession in overtime in the postseason. We published an article on win totals as a NFL betting prop for the AFC East teams yesterday; today, we’re taking a closer look at the Bills.

NFL News: The Win Total for the Buffalo Bills – A Closer Look

In the draft, the Bills addressed some glaring needs. One weakness that the Chiefs exposed last year was weakness in pass defense. At one corner, Buffalo had shutdown defender Tre’Davious White, but the other corner spot and the safeties were susceptible to getting torced. In the first round, Buffalo added cornerback Kaiir Elam out of Florida, trading up two spots to get him at #23. Just 20 years old, Elam has a lot of time to build his game, but he already has length that you just can’t coach. They also added Christian Benford, a cornerback out of Villanova, in the sixth round. It will be interesting to see how he fares in the competition for a roster spot, but he is 6’ tall and had seven picks in his last college season. So the team has depth now at corner, which they will really need if White has to start on the shelf thanks to his knee injury.

Currently, the Bills’ win total sits most frequently at 11 ½ games (over -130 / under +110). Let’s break down their schedule and talk about predictions for each week.

The first game of the NFL season will pit the Super Bowl champions against one of the top AFC contenders. With Tre’Davious White likely to be out and the defense still meshing together, I see this game going the Rams’ way. 0-1.

The early game on the new tradition of Monday Night Football doubleheaders will also be a challenge. Will Derrick Henry be healthy? This looks like another real test for the Bills in the early going. 0-2.

By now, the Bills will have plenty of frustrations to work out, and the rebuild in Miami will be an ideal target. 1-2.

The Bills’ defense should be up and running by now at full force, and I’m not sure the Ravens can keep up with the Bills up and down the field. 2-2.

Mason Rudolph vs Josh Allen? Give me the Bills. 3-2.

It will be time for some revenge here; I see the Chiefs sputtering out of the gate without Tyreek Hill, and the Bills will be rounding into form on both sides of the ball. 4-2.

The Bills have a more multidimensional offense than the Packers do, and at this point I’d rather have Josh Allen leading a late rally than Aaron Rodgers. 5-2.

The Jets made some impressive strides in the draft and free agency, particularly on the defensive side of the ball, but they’re not ready to stop the Bills. 6-2.

Can Kirk Cousins win a tough road game against another top-shelf quarterback? The Vikings have an impressive ground game, but I see the Bills winning this one late. 7-2.

No matter whether the Browns have Deshaun Watson or Jacoby Brissett at quarterback, the key will be the Browns’ ground game. Cleveland’s defense was elite at times last year, and the Bills will be due for an upset by this point…but I don’t see the Browns pulling it off. 8-2.

Yes, the NFL keeps letting Detroit host Thanksgiving games. At least it’s early in the day, right? The Lions are slowly improving, but the Bills are on a mission. 9-2.

This is where the Bills’ long winning streak comes to a crashing halt, as a revamped Mac Jones and an improved Patriot offense delivers an upset victory. 9-3.

The Jets might have four or five wins by this point, but they won’t get another one in Buffalo. 10-3.

The Dolphins don’t do well on the road in cold temperatures. 11-3.

By this time, we should have a sense of whether Justin Fields should lead the Bears’ offense or not (barring injury). With the Patriots right behind them, the Bills have no room for error when it comes to securing the division. 12-3.

This will turn into a fun duel between two young, exciting quarterbacks, and the Bengals will snag a big home win. 12-4.

Revenge for the road loss and a clinched division title will result from Week 18. 13-4.