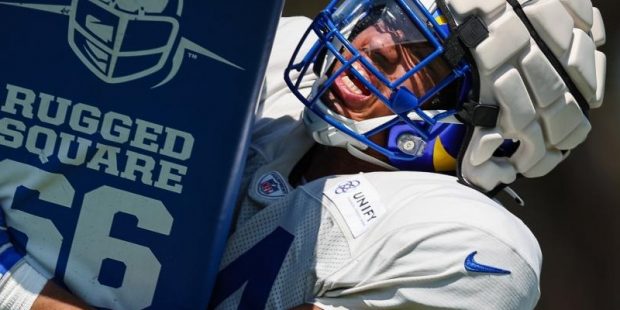 One difference between online betting on the NFL MVP and the Offensive Rookie of the Year is that, with the MVP, quarterbacks win the award almost all of the time. However, the positional distribution for the Offensive Rookie of the Year is much more diverse. Over the last 20 years, just nine quarterbacks have won. Running backs claimed seven prizes, and wide receivers took four. Since 2013, quarterbacks have only won three times. So while Pittsburgh quarterback Kenny Pickett is currently the favorite, it’s far from a lock. Take a look at the latest NFL odds, as well as our discussion about some of the candidates.

NFL News: Odds to Win Offensive Rookie of the Year

Ja’Marr Chase of the Cincinnati Bengals won the award last year after breaking the rookie record for receiving yards in a season, with 1,455. Drake London is one of the top betting choices this year, but a difference is that London was drafted by the Atlanta Falcons. Chase was joining his former teammate from LSU, Joe Burrow, and Burrow was entering his second season with the Bengals. He emerged as one of the elite young quarterbacks in the league, but it helped that the team had already invested in offensive line upgrades after Burrow’s rookie season was marked by intense pressure in the pocket and a season-ending injury. London comes to an Atlanta team that is in the middle of transition at quarterback. Veteran backup Marcus Mariota will be the starter at the outset, while rookie Desmond Ridder out of the University of Cincinnati learns to play the NFL game. Coming in on a team with such change at quarterback will make London much less likely to take the trophy.

Treylon Burks from the Titans is another pick near the top of the odds list. However, let’s remember that, before Chase, only three wide receivers won the OROY award since 2000: Odel Beckham Jr (2014), Percy Harvin (2009) and Anquan Boldin (2003). To win this, a wide receiver needs an established quarterback, a solid offensive line and a pass-friendly game plan. The Titans are a run-first team offensively, relying on Derrick Henry pounding the ball to set up the pass. This is another reason to hold off on putting money down on Burks.

The tailback position looks interesting, although Breece Hall might not be the best pick. He is likely to split time with Michael Carter, which means that there are other rookie backs who are likely to get more touches. Damien Pierce (Houston) and Isiah Pacheco (Kansas City) come to mind, although the Chiefs will also be looking to re-establish Clyde Edwards-Helaire. Pierce looks like he will get the biggest workload of the three, as Houston has a limited quarterback in Davis Mills – and the Texans don’t have an established tailback ahead of him.

As far as quarterbacks go, after Pickett, you have to drop down the list to find Malik Willis (Tennessee) and Desmond Ritter (Atlanta). Willis is behind an established quarterback in Ryan Tannehill, who isn’t going anywhere in 2022 (barring injury). Ritter looks to be the starter of the future, but I’m not sure the team around him is strong enough for him to be able to post the sort of numbers he would need to grab this award.