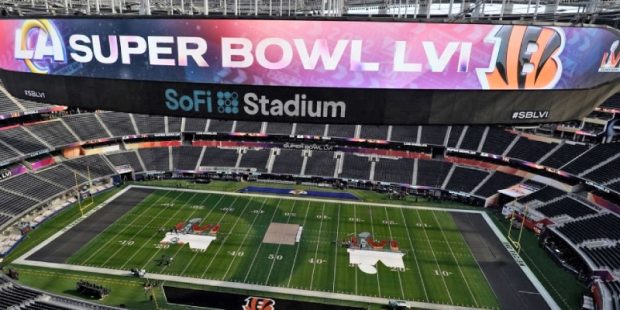 The Cincinnati Bengals finished a league-worst 2-14 in 2019, but it only took two seasons with Joe Burrow leading a revamped offense for the Bengals to make it all the way to the Super Bowl as a long shot. They lost to the Rams (who were not a long shot), but getting to the title game was major progress for this program. Given the role that parity plays in the NFL, going with long shots can pay off. After all, since the league went to eight divisions in 2002, 37 teams that came in last in their division ended up making the playoffs the next season, and 22 of those teams ended up winning their divisions in that second year. Let’s take a look at some NFL betting long shots who could shock the league in 2022.

The Denver Broncos had been linked to Aaron Rodgers coming out of the Super Bowl. Rodgers ended up opting to stay in Green Bay (although his top receiver, Davante Adams, did not, heading to Las Vegas). The Broncos ended up pulling off a shocker of a trade, getting Russell Wilson from Seattle. That made Denver much more realistic as a contender in 2022. Why? Because they have big receivers, led by Courtland Sutton. They have an underrated running game. They also have a defense that can be aggressive and opportunistic. If you don’t believe me, go back and watch the film of Denver absolutely undressing the Cowboys in Dallas last year. Wilson could easily pus the Broncos to another shocking run. Remember, the Broncos won a Super Bowl after the 2015 season with the lowest-rated quarterback in the NFL (Peyton Manning), the first time a team had done that since the 1940s. So while the AFC West is a gauntlet this season, if the Broncos can get to the postseason behind a rejuvenated Wilson, watch out.

The Baltimore Ravens lost Lamar Jackson to an ankle injury in the second half of 2021, which helped turn an 8-3 start into an 8-9 season. The good news for the Ravens is that finishing last in the AFC North meant that they get to play a last-place schedule this year, which includes games against Jacksonville and the New York Giants. The Ravens also play in a division that will be much less competitive than it has been the last two seasons. Why? The Pittsburgh Steelers will be looking for Mason Rudolph, Mitch Trubisky or rookie Kenny Pickett out of Pitt to take the reins of the offense. Neither one of those signal-callers is ready to step into the giant shoes of Ben Roethlisberger. The Cleveland Browns just gave Deshaun Watson a mammoth guaranteed contract, only to have two more massage therapists come out of the woodwork to sue him, which likely means that he won’t be seeing the field any time soon. In fact, some pundits are looking for the team to mend fences with Baker Mayfield, now that his non-throwing shoulder has healed. Either way, Cleveland faces chaos in the locker room. Cincinnati will be primed to make another run, but the Ravens have all the talent in the world (except at wide receiver), and they have been a perennial playoff contender. If Lamar Jackson can figure out how to win in the playoffs, this is a team that could easily glide to a championship.

The Minnesota Vikings got some sneaky numbers out of their offense last year. Kirk Cousins was fourth in the NFL in quarterback rating. Dalvin Cook ran for 1,159 yards, fifth in the league, despite missing four games. Justin Jefferson had 1,616 receiving yards, second in the league. The Vikings’ problem was their defense, which ranked 30th of 32 teams last year. The good news is that Green Bay might be down (since Aaron Rodgers doesn’t have the quality target he had last year) and that defense might not be as important these days. After all, neither the Rams nor the Bengals were ranked in the top half of the NFL last season, and they played for the title.