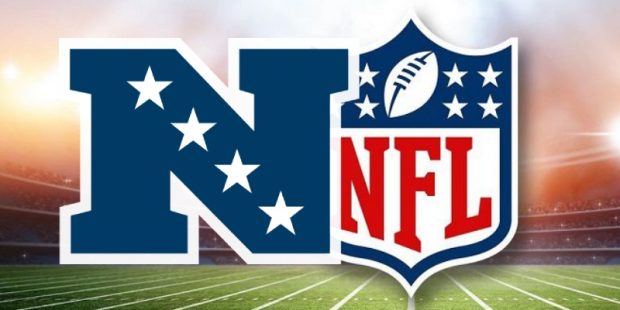 Rivalry games get fan bases up in arms – which means that you can make some profit with your NFL betting if action pushes the line out of balance. In the NFC, plenty of rivalries abound, inside and outside divisions, and we have several tilts on the schedule this season that should not just be entertaining to watch but should bring plenty of action.

For fans of the history of the game, the Ice Bowl in 1967, which gave the “frozen tundra of Lambeau Field” its credibility, will stand as one of the iconic moments. The image of quarterback Bart Starr crashing through the Dallas defensive line on a sneak to score in the waning minutes of regulation is one of the signature pictures of NFL history. In more recent years, Troy Aikman led the Cowboys by a Brett Favre-led Green Bay team in the NFC Championship to make it to the third Super Bowl championship for Dallas in four years. The Packers have had the better of things in recent years, including dashing the Cowboys’ hopes in the divisional round of the playoffs twice in the last decade. Cowboys coach Mike McCarthy returns to Lambeau for the first time since he coached the Packers there, but my money is on Aaron Rodgers finding a way to slice and dice the Dallas defense for the win.

It would be more entertaining if Dallas had to play Philadelphia in the cold in Week 16, but that game is down in the Lone Star State. The Eagles are on the rise once again, as quarterback Jalen Hurts continues to gain confidence and now has an elite wide receiver in A.J. Brown, who came via trade from the Tennessee Titans. Dallas comes into 2022 without wide receiver Amari Cooper, who is now in Cleveland, and without several key players from their stout defense from a year ago. It would not surprise me to see the Eagles split the two games this time around, and a sweep is not out of the realm of possibility, as the Eagles have zero expectations and can play without stress, while one of the sad realities for Dak Prescott is playing for a team whose owner beats the drum of Super Bowl expectations, year in and year out, without providing the organization with the leadership it needs to get there.

The Rams have had the better fortunes in the playoffs in recent years, but the 49ers have dominated this rivalry in recent years. San Francisco has won seven of the last 10 meetings and has won six in a row in the regular season. However, the Rams have won when the teams met in the playoffs, including a crazy win in the NFC Championship that would have gone the other way if the 49ers had simply been able to catch a soft interception in the fourth quarter. The Rams went on to win the Super Bowl, which makes you wonder if the 49ers could also have dispatched the Cincinnati Bengals. The 49ers will have a new quarterback this season, with Trey Lance set to take over the signal calling, so it will be interesting to see how much of a drop into rebuilding mode the 49ers take this season. I expect these two games to be tight, though, once again.

These two teams have the best chance of eclipsing Dallas in the NFC East, and Washington will have Carson Wentz at quarterback this season. That’s the same Carson Wentz who came to the NFL with the Eagles, went down with a torn ACL, saw his backup win a Super Bowl MVP trophy, and has not been the same since. He played decent ball last year with the Colts until crunch time, folding in the last quarter of the season as Indianapolis went from playoff contender to also-ran. Can Wentz lead a team with a decent defense to wins over his former team?