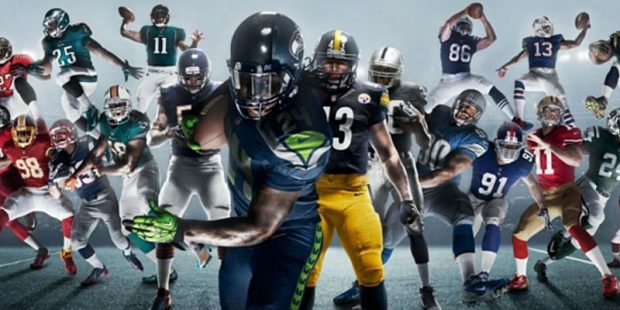 Things got chippy between the New England Patriots and the Carolina Panthers in their joint practice on Wednesday. Panthers star running back Christian McCaffrey got caught up in a scuffle that ended up injruing a fan. McCaffrey had already gone out of bounds before Patriots defensive lineman Deatrich Wise Jr knocked him to the ground. McCaffrey spiked the ball at Wise’s feet, leading to a scrum that moved into the nearby stands, injuring a woman. She ended up with a swollen foot but did not accept treatment from the New England medical staff. The Patriots offered the fan tickets to a game in the 2022 season. This was the second straight day that the teams’ joint practice ended up in a fight, which should make their preseason game this weekend even more interesting. Want more news items that could influence your sports betting on the NFL? Read on.

The New York Giants are the latest stop for journeyman quarterback Tyrod Taylor. Right now, he is the backup on their depth chart behind Daniel Jones, who enters the last year of his rookie contract after the team opted now to take the fifth-year option on that deal. Jones got to work with the starters against New England in the team’s preseason opener; Jones went 6 of 10 for 69 yards. Taylor was 13 for 21 for 129 yards, including a touchdown pass. Each played a quarter. Taylor has started to get some reps with the first-team offense, though, leading to some speculation that coach Brian Daboll is preparing to move on from Jones as the starter. Daboll has said that the move to give Taylor some time had nothing to do with Jones’ uneven performance at training camp or in the preseason. Jones missed the last six games of the 2021 campaign with a neck injury and has missed games due to injury in every season he’s played. Taylor signed a two-year contract worth $11 million during the offseason, but at least for now, the team is committed to seeing what Jones can do now that the O-line has been revamped.

The Los Angeles Chargers locked up one of the best players in the league, inking All-Pro safety Derwin James to a contract extension worth $76.4 million over four seasons. The average annual value of $19.13 million has shaken up the market for safeties, making James the top-paid safety in the history of the league. Head coach Brandon Staley described James as “the heartbeat of our defense,” and in film, you find James all over the field. He blitzes opposing quarterbacks, he can make a difference in pass coverage and he calls the signals. Having James back on the field after missing 14 practices during contract negotiations will make a huge difference for the Chargers as they look to get a better year out of their entire defense. Outside linebacker Khalil Mack came via trade from the Bears to rush the passer with Joey Bosa, and Pro Bowl cornerback J.C. Jackson signed a five-year deal worth $82.5 million in the offseason, and these additions will make the Chargers AFC contenders.

The Tennessee Titans have a seasoned quarterback in Ryan Tannehill, but they still drafted a quarterback of the future in Malik Willis out of Liberty. He has a cannon arm, and his feet make him a true dual threat. In training camp, the Titans have focused on teaching Wilis how to take the snap under center, as Willis almost always ran out of the shotgun in college. He is also learning how to call the play in the huddle; at Liberty, the coaching staff signaled in plays from the sideline. He has a tendency to take off when the pressure mounts, which worked well in college but often is not as effective in the NFL because of the increased speed of pass rushers, so he is learning to step up in the pocket in response to pressure. He’s still holding onto the ball too long; in the preseason opener against Baltimore, he averaged 3.98 seconds before throwing the ball. The NFL average is 2.5 seconds, but none of his 11 attempts were quicker than that. Given the speed of opposing defenses, he will need to get the ball out faster. For now, though, his star is on the rise in Nashville.