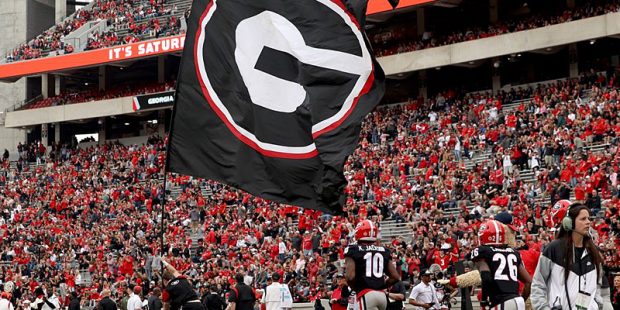 The Georgia Bulldogs come into 2022 as the defending national champions for the first time since 1981. Repeating as a national champion is extremely rare; even Alabama has only been to win back-to-back titles once during the Nick Saban era. However, Georgia fans have several reasons for optimism. They rebuilt their defensive line, bringing in Jalen Carter via the transfer portal after Jordan Davis left for the NFL after winning the Outland Trophy and the Chuck Bednarik Award. Stetson Bennett shook off all kinds of criticism to quarterback the team to a national championship, and he returns this season. Defensive coordinator Dan Lanning left to take the head job at Oregon, and Kirby Smart added Will Muschamp and Glenn Schumann as co-coordinators, which could make the defense even better. Don’t miss our College Football betting preview of each week in the Georgia season.

Saturday, September 3: vs Oregon (in Atlanta)

Lanning meets his former team in his head coaching debut at Oregon. Playing at the home of the Atlanta Falcons really makes his a “home” game for Georgia, although another interesting wrinkle is that the Ducks plan to start Bo Nix, formerly of Auburn, at quarterback, and Nix has played Georgia before. 1-0.

Samford comes to town to get a big check and then head back home after taking a beating. 2-0.

The first SEC date takes Georgia up to South Carolina. Shane Beamer led the Gamecocks to a Belk Bowl victory last year, and they have Spencer Rattler in from Oklahoma to play quarterback. Even so, the Georgia defense should prevail. 3-0.

Kent State is all about the run, with tailbacks Xavier Williams and Marquez Cooper, who combined for over 2,000 yards on the ground last year. But they won’t make much headway against the Bulldog D. 4-0.

Missouri has beaten Georgia once since joining the SEC and has lost the last five in a row, by an average margin of 28 points. 5-0.

Auburn will have played Penn State and LSU before heading to Georgia, so they might be just about out of gas. 6-0.

Billy Napier is now the head coach at Florida. Can he lead the Gators to an upset? Stranger things have happened. 8-0.

Josh Heupel did lead the Vols to a bowl game in his first year at Tennessee. Quarterback Hendon Hooker and wideout Cedric Tilman are back for another season, and this game should decide the SEC East title. 9-0.

This is an interesting detour, as Mike Leach will have something up his sleeve for Georgia. Will Rogers comes back to start at quarterback for the third year, and Mississippi State does well on both sides of the ball. 10-0.

Kentucky has two ten-win seasons in the last four years. Star wideout Wan’Dale Robinson went on to the NFL, but Kentucky will still present a challenge. 11-0.