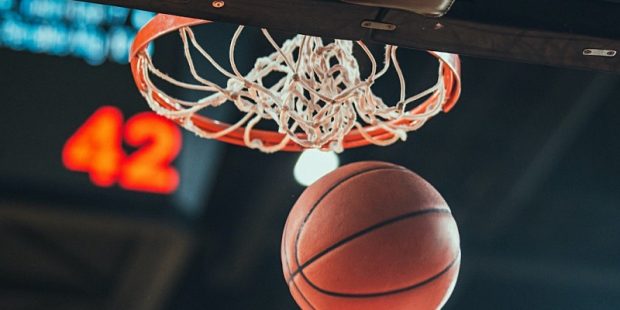 Six days remain in the NBA’s 2021-22 regular season, but only three seeds in the playoffs are locked up. In the Western Conference, Phoenix has nabbed the top seed, and Memphis has the second seed. The Clippers can do no better and no worse than eighth. Dallas and Golden State will likely finish in the third and fourth slots, although the order is in doubt, with Denver, Utah and Minnesota fighting over slots 5-7. That means that 17 of the 20 seeds are still in play. In the Eastern Conference, the top four teams – Miami, Boston, Milwaukee and Philadelphia – are so close in the standings that the 1-4 order could still go in just about any direction. Chicago and Toronto will get fifth and sixth, but the order is still in doubt, and the jostling for the 7-10 slots in the East is just as chaotic as the movement at the top of the standings. This was what the NBA had in mind by adding the play-in tournament, and the NBA betting down the stretch will be intriguing, to say the least. Check out our updated NBA power rankings going into the season’s final days.

With the top seed in the bag, expect the Suns to rest some or all of their starters. On Sunday, Jae Crowder, Deandre Ayton and Devin Booker all got the day off, and they only need one more win in four chances to set the franchise record for victories in a season.

Memphis beat Phoenix last week with only one starter in the lineup, and the Grizzlies are now 20-2 without Ja Morant. That level of depth speaks well when it comes to the Grizzlies’ durability through a tough playoff bracket.

Kyle Lowry came up big in Toronto on Sunday, and now the Heat have won four straight after a difficult couple of weeks. They finish with Charlotte, Atlanta and Orlando, so they should lock up the top seed.

Could Giannis Antetokounmpo get his third MVP trophy? The Bucks are in second place in the East, and Giannis is a contender for the scoring title (putting up 29.8 points per game) AND Defensive Player of the Year. It’s hard to argue with that resume.

The Celtics are now 26-6 in their last 32 games after demolishing Washington on Sunday in Boston’s home finale. They finish with games in Chicago, Milwaukee and Memphis, but there are few teams this hot in the league right now.

If the 76ers win out, they could finish no worse than third in the Eastern Conference. The Celtics, Bucks and 76ers are all tied in the loss column, but the 76ers have the edge of a Joel Embiid mad enough to go off each night in pursuit of an MVP.

Luka Doncic has put up 30 points in five straight games, which ties him for the second-longest streak like that in Mavericks history. He had 32 points, eight boards and 15 assists in a win in Milwaukee on Sunday, giving him three games with 30+ points and 15+ assists this season. The rest of the NBA has produced a combined three such games.

Klay Thompson hung 36 on Utah on Saturday, leading Golden State back from a 21-point deficit. The Warriors went on an 18-0 run in the fourth quarter on six consecutive three-pointers to stun the Jazz and steal the win Jordan Poole has at least 20 points in 16 consecutive games. Stephen Curry (foot) is still out but should return for the postseason.

Nikola Jokic put up 38 points, 18 boards, six assists, three steals and two blocks in Los Angeles on Sunday, pushing the Lakers to the edge of postseason elimination. Jokic is only the third player since 1972 to put up 35-15-5 numbers in straight games. The other two? Giannis Antetokounmpo (2020) and Kareem Abdul-Jabbar (1972), and both of those players won the MVP those seasons.

The Raptors have surged over the last two weeks, moving into a tie with Chicago for fifth in the East. A few more wins could push them into fifth all by themselves.

The reeling Jazz have dropped six of seven, with their only win coming against the hapless Lakers. Utah led the Clippers by 25 and Golden State by 21 – and lost both games. Donovan Mitchell and Rudy Gobert are now feuding in public, so there’s plenty of fire to put out before the postseason.

Against the top four teams in the East, the Bulls have played 13 games – and won once. They host Milwaukee and Boston this week with a chance to improve that record, but both of those teams have seeding worries of their own.

Minnesota was pouring in the wins before dropping four of their last seven. However, two of their last three games are against lottery-bound teams, as they trail Utah by 1 ½ games for sixth place – and safety from the play-in.

Brooklyn has clinched a play-in slot but is in tenth place right now. Kevin Durant and Kyrie Irving believe they can get things going in the playoffs, but KD put up 55, a career high, against Atlanta on Saturday, but they still lost. Goran Dragic is in COVID-19 protocols, and Seth Curry is nursing an ankle.

Rookie phenom Evan Mobley has missed four games with a sprained ankle, and the Cavs have gone 1-3 without him in that stretch; overall, they are 4-8 when he does not play. This is a sign that he deserves Rookie of the Year consideration – and a sign that the Cavs may be in trouble in the playoffs.

Trae Young put up 36 points and 10 assists in that Saturday win over Brooklyn, his 50th career 30-10 game. That places him fifth all time in that category since the NBA and ABA merged in 1976-77.

The Clippers ended their five-game losing streak thanks to Paul George’s stellar play against Utah. Then they lost in overtime in Chicago but got 43 points from Robert Covington the next night in a big win in Milwaukee. There are also rumors that Kawhi Leonard could return for the second round of the playoffs, if the Clips get that far.

Gordon Hayward is back in the starting lineup for the first time in two months, and he has a week to get back up to game readiness for the play-in. Can the Hornets at least get to eighth place in the East before the tournament?

The Pelicans clinch a play-in spot if they beat Sacramento on Tuesday or if the Lakers lose to Phoenix. New Orleans started the season 1-12; no team has made it to the playoffs with a start that poor since 1996-97, when the Suns pulled it off.

Frustrations are boiling over in Los Angeles, as Anthony Davis erupted about speculation that his injuries are minor after the Lakers’ loss to Denver. Which heads will roll if the Lakers end up in the lottery?

Washington routed Dallas by 32 on Friday as Kristaps Porzingis returned from his latest injury…but then they lost to Boston by 42 on Sunday. The Wizards are out of the postseason and want to see what KP and Rui Hachimura can do for them.

Julius Randle is done for the year, so Obi Toppin will get a lot of time going into the off-season.

Damian Jones has come on strong the last seven games, putting up 14.7 points, 8.0 boards and 1.7 blocks per game at center, as the Kings have won four of those games.

The Pacers have dropped seven straight and six of 27. The bright spot remains Tyrese Haliburton, who had three double-doubles and hit 25 points twice in three games last week.

Since the All-Star break, Detroit has gone 10-11, and of the team’s 23 wins, 13 came against teams with winning records.

OKC beat the Suns on Sunday behind Aleksej Pokusevski’s first triple-double: 17 points, 12 assists, 10 boards. This is another Western Conference team that is focusing more on the lottery position than winning.

Six losses in a row. A 30-point blowout loss to New York on Sunday. Markelle Fultz has looked solid at times, putting up 19 points in 21 minutes against Washington, and his development is the only bright spot right now.

Jalen Green has scored 30+ points in four straight games, the first rookie to do that since Allen Iverson (1996-97). He has six 30-point games on the season.