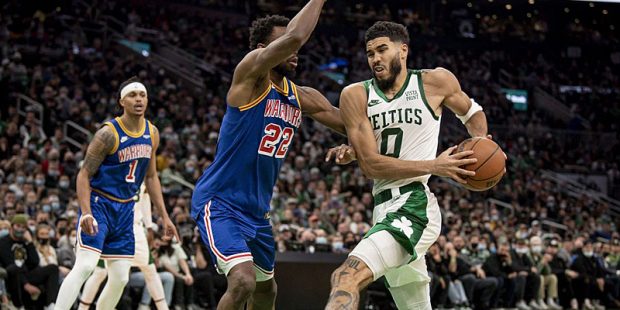 Game 4 is set for Friday night, so take a look at our NBA Finals prediction as you make your wagering choices.

Why should you bet on the Warriors?

Few teams come out of halftime better prepared than the Golden State Warriors. Time and time again, the Warriors come out and dominate games in the third quarter, and more often than not, that leads to victory. We saw it in every game in the Warriors’ Western Conference Finals victory over Dallas, and we’ve seen it in each of the three games in these Finals. Boston was able to overcome the third-period onslaught in Games 1 and 3, but in Game 2, they turned a two-point lead at the half into a 23-point lead at the start of the fourth. This has been a staple of Warriors basketball since they started winning titles again back in 2015.

The duo of Klay Thompson and Stephen Curry is just about impossible for opponents to put away. Curry is transcendent when it comes to jetting around screens off the ball and finding an open spot to nail down a dagger. Thompson has returned as a top-shelf shooter in the postseason, particularly against Dallas but also in the Finals. There is also the underrated defense that eh Warriors play. In the third quarter of Game 2, Boston went just 4 of 17, turning the ball over four times, and turnovers were also a factor for Boston in Game 3. If Golden State can stay focused (and if Curry is healthy), then they definitely have a shot at Game 4 and this series.

Why should you put your money on the Celtics?

The Celtics have made the Warriors look silly at times, more than any other team has in these playoffs. Curry had three turnovers in the first 1:22 of the fourth quarter. Draymond Green got distracted from his game, upset by the referees. This is also a team vulnerable on the boards against teams that have quality rebounders. In Game 3, Boston won the rebounding battle, 47-31, the points in the paint battle (52-26) and also won on second-chance points, 22-11.

Boston led Game 3 for all but 49 seconds – a brief stint in the first and then again in the third – and they grew their advantage as large as 18 points. The prognosis for Curry’s foot is another factor to consider. Late in Game 3, Al Horford landed on Curry’s foot and then remained on the floor after everyone else got up. He also sprained a ligament in that same foot back in March, but Curry says this injury is less severe. Boston has also neutralized Draymond Green. He has gotten frustrated and fouled out in both of the Boston wins. He only had two points in Game 3, the lowest point total he has ever posted in 30 Finals appearances, and he only had four rebounds. He was much more effective in the first three rounds of the playoffs.

Boston seems to have the defense down to stop Golden State when they need to (except during that third period). They also have the scorers to take advantage when the Warriors’ defense gets a little sloppy. Going into Game 3, I saw Golden State holding the momentum, but Boston surprised me again. I see the Celtics taking advantage of some rare disarray in the Golden State collective mind and winning, 113-107.